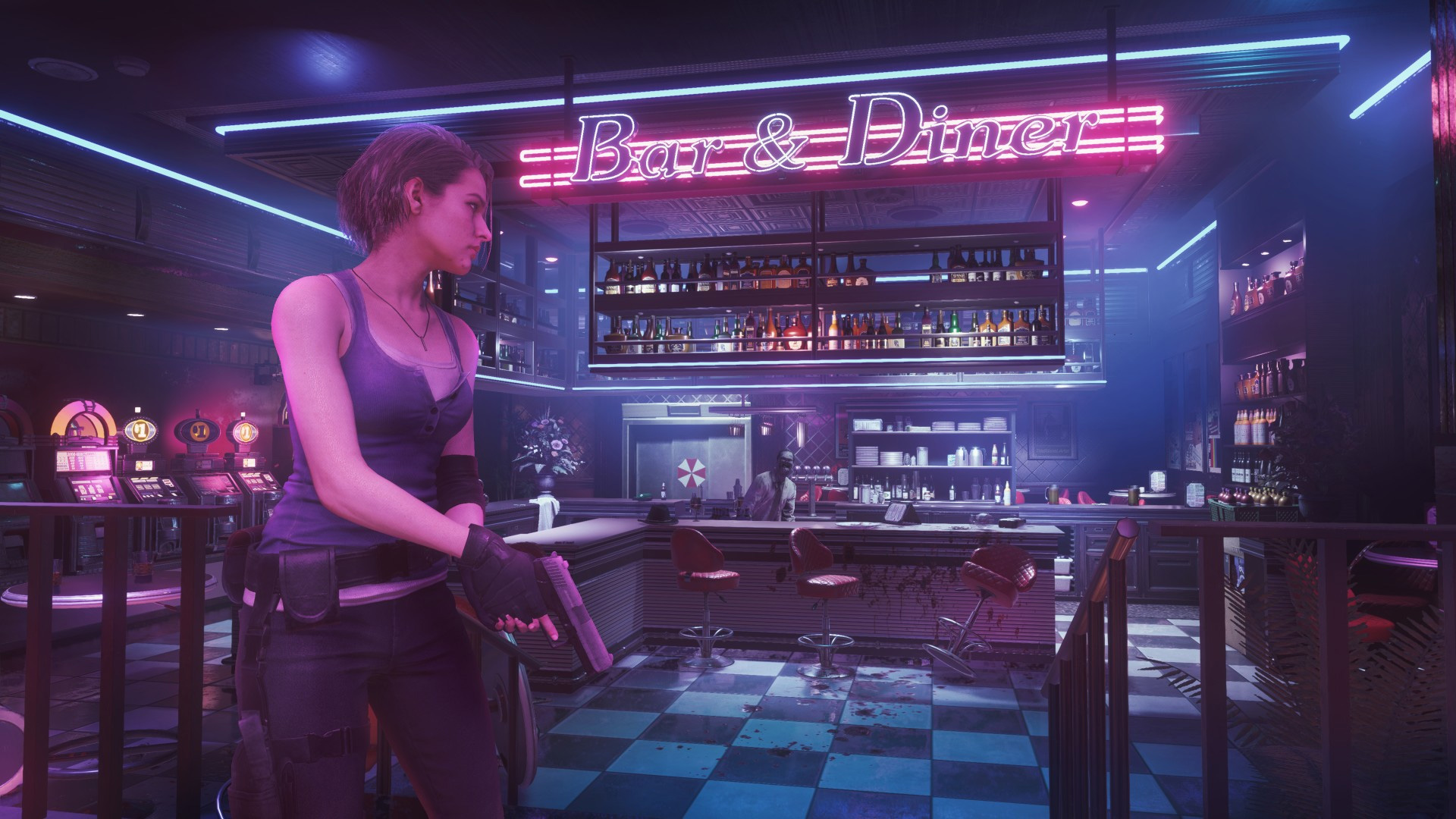 One of her leveled-up abilities is a Rocket Launcher

I don’t enjoy Resident Evil Resistance enough to stick around – it’s too clunky and chaotic – but I also can’t resist returning for a few rounds as Jill Valentine now that she’s playable. Capcom updated the multiplayer pack-in game today and teased the next mastermind, Nicholai Ginovaef, who will hopefully bring Nemesis as his bioweapon in May 2020. Anything less would be a missed opportunity.

Jill Valentine has joined the survivor ranks in Resistance! With her trusty Samurai Edge and dodge, she’ll surely put a dent in any Mastermind’s work.

Unfortunately for Jill, Nicholai Ginovaef will take a seat in the Mastermind throne in a future title update… pic.twitter.com/eyodaGHNVJ

The only way I was able to play as Jill was in a practice match – she’s too popular, especially compared to the random non-canon kids who make up the rest of the survivor roster – but she’s fun. The Samurai Edge packs a punch, and it’s so nice to be able to dodge, even if the corridors are tight and cramped.

The developers say they’re “hard at work on a patch” in response to matchmaking woes and player feedback, and they’re “investigating other quality of life adjustments, such as tweaks to daily missions.”

I’ll be disappointed if Resident Evil 3 doesn’t get any DLC this year. I’ll take costumes, even.