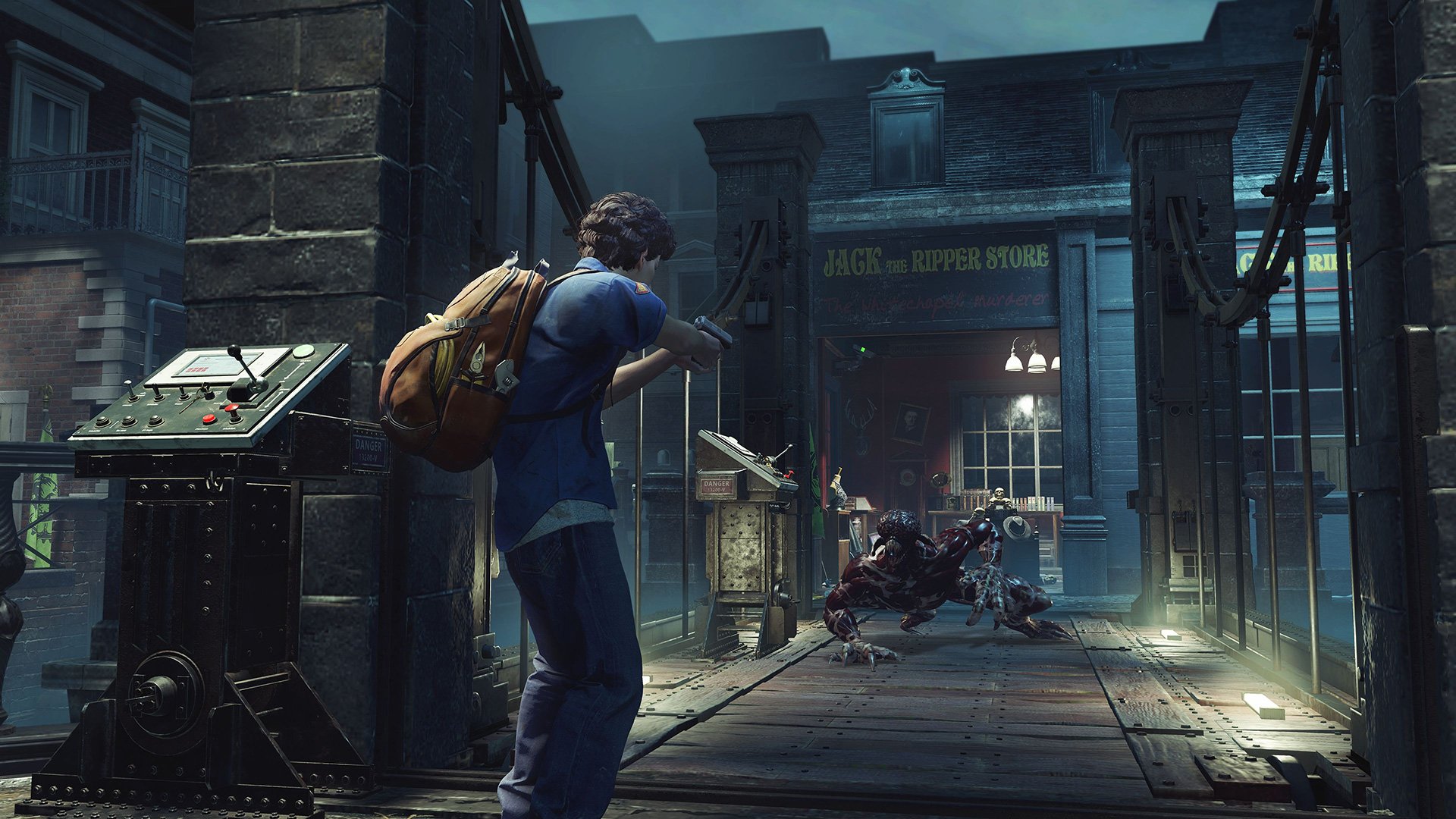 Your results will wildly vary from match to match

Virtually everyone who picks up Resident Evil 3 will start with the campaign, but once that’s done – and once you’ve run through the story at least a few more times for good measure – then what? Resident Evil Resistance, most likely. It’s included with every copy of the game, just begging to be played.

Maybe you’re super into the idea of a frantic four-against-one arcade-style take on Resident Evil. Maybe you’re just morbidly curious about this bonus mode after seeing Friday the 13th, Dead by Daylight, and other asymmetrical survival horror games take off in recent years. I’m somewhere in the middle.

I think Resistance has modest potential, but at the end of the day, it’s kind of a hot mess.

Honestly, if you had a less-than-fond gut reaction to Resident Evil Resistance, don’t even bother. I tried to come into the game with an open mind, and it’s simultaneously better and worse than expected.

The main issue? Clunkiness. Confusion. A bunch of minor woes that add up in a meaningful way.

Whether it’s landing headshots on the shambling undead, using character-specific abilities like group healing or camera hacking to synergize with your fellow teens, or simply jogging through the claustrophobic level layouts, nothing feels as tight or satisfying as it should. That off-brand vibe is even more pronounced if you bounce back and forth between Resistance and Resident Evil 3.

The survivor side of Resistance is overwhelming even if you go through the tutorials, which doesn’t lead to the best first impression – but the adrenaline-inducing format does start to click after a few rounds. You’ll have a matter of minutes to rush through cluttered, detail-rich areas like a glitzy casino and spooky theme park to complete objectives. Often, that means finding puzzle pieces to open the exit, or taking down a fortified zombie to get and use his keycard on a few out-of-the-way terminals.

It’s easier said than done. The maps are full of winding passages, scattered junk, and dead ends. The fifth player, the mastermind, can constantly sow chaos by spawning creatures, laying traps, and locking doors. There’s a balance to strike between splitting up to save time – every single second is precious – and buddying up to make sure no one gets singled out by the mastermind’s big bad bioweapon.

As one of four teenage survivors, you can pull up a map overlay at any time – even mid-combat – and that’s instrumental, but it’s still easy to get turned around in all the confusion. I can’t stress this enough: the timer is relentless. Every zombie bite, wipeout, or small misstep can slash seconds off your clock. The end goal is to complete three zones and have everyone walk out of the Umbrella experiment alive.

In between rounds, you’ll gain more time, but if even one player is struggling to comprehend your mission plan, the whole team can suffer. Resistance is bound to be one of those games that’s really frustrating for experienced players who are matched with beginners, and vice versa. It’s a lot.

The mastermind side of Resistance is pretty chill by comparison. Don’t get me wrong, you’ll need to juggle a lot of stuff to stay ahead of the survivors, but you have a more informative map to lean on.

From a wall-mounted camera point-of-view, the mastermind player can spawn AI-controlled zombies or proximity traps (which can be triggered early), lock doors, shut off the lights, use short-lived guns, heal/buff the undead, and even take direct control of zombies, including the pipe-swinging G-Birkin and unstoppable sharp-dressed man Mr. X (depending on which mastermind you’re playing as).

You’ll come into each match with a deck of cards that consume varying amounts of energy, so there’s an ebb and flow to making the survivors suffer. You can dump a whole bunch of crap at their feet, if you want, or you also can make their suffering more strategic. The bioweapon runs on a far slower charge. Typically, I’m able to spawn G-Birkin twice at most. He’s good for a couple of kills before he clocks out.

I think this premise is a cool idea, in theory. Who doesn’t want to deck some punks every now and then as the Tyrant? The problem is, this game is clunky. It’s clunky in a way that’s not at all conducive to the rapid pace at which you need to get things done. The movement controls for the zombies, much like the survivors, lack a certain main-series precision we’ve come to expect. Part of that might be down to latency issues, part of that might be inherent to the looser arcade-like approach. I don’t know.

What I do know is that it should be way more fun to run around as these iconic monsters.

Each character has their own XP and leveling, which is how you’ll gain more equipment slots and alternate abilities. The same goes for the mastermind characters. Initially, you can only play as Annette Birkin, so you’ll need to rank her up to unlock Daniel Fabron, then Alex Wesker, and finally old man Spencer. All six of the teen survivors are selectable right away (and Jill is planned for Resistance, too).

Until you’ve played a handful of matches, your options are extremely limited, to the point where you can’t really customize anything. On top of rank-based unlocks, there are also Equipment Chests (loot boxes), which can be bought with Result Points (RP) earned in completed matches. These points “cannot be purchased with real money,” according to Capcom, but you can buy real-money RP Boosters.

It’s not quite as bad as that sounds. As in, you have some control. The character ability Equipment Chests are split into Survivor and Mastermind categories, so you know what you’re getting into, and Cosmetic Chests are housed in a separate category, which you can easily ignore if you want.

My main issue is that new players are at a disadvantage – some masterminds are clearly better than others – and I think the Resident Evil 3-owning audience will only have so much patience for Resistance.

In an ideal setting, Resident Evil Resistance can be fun – but only to a point. It needed more time.

The shooting and hit detection aren’t quite right, the maps are way too confined for their own good, and the balancing seems questionable at best. There’s promise, though. This sort of game could work.

As a proof-of-concept multiplayer Resident Evil game that was (smartly) bundled in with a coveted remake, Resistance is fine, if rough around the edges. You can play it for an afternoon, get your fill, and go back to Resident Evil 3. No harm, no foul. Still, I can’t help but wish Resistance came together better. Some parts feel surprisingly fleshed-out and original; others seem like a hasty afterthought.

I can picture a version of Resident Evil Resistance that lives up to Capcom’s recent string of successes, and it’s awesome, but this isn’t it. Maybe next time we’ll get a Mercenaries mode instead.

[Resident Evil Resistance is included with Resident Evil 3. This impressions piece is based on a retail build of the game provided by the publisher.]