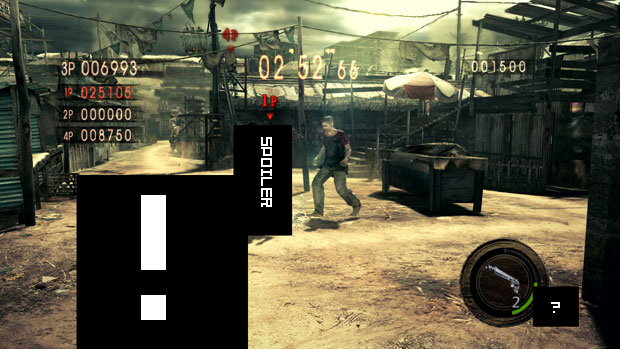 Versus Mode is Microsoft’s latest Deal of the Week. As such, the first major Resident Evil 5 download is priced at a pretty 240 Microsoft Points instead of the usual 400 Microsoft Banana Dollars. According to Major Nelson, this is a 40 percent savings and I’ll believe him — the Banana Dollars math continues to defeat my brain.

As always, this promotion is only available to Xbox LIVE Gold Members. But another caveat was added this week: Japanese LIVE account holders won’t be able to access this deal. Microsoft is making amends by offering LIVE Arcade title Golf: Tee It Up for 500 MSP. We suppose that’s a good offer?

Regardless, Versus Mode is blast and definitely worth the change if you’re down for multiplayer mayhem in Resident Evil 5. We’re not sure how strong the player base is for the aging (by Internet standards) game, so be wary.