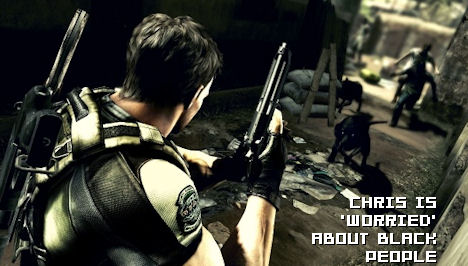 It seems that many Japanese developers have lamented their country’s position in the industry for the past several months, and Resident Evil 5 producer Jun Takeuchi is no different. The Capcom man has recently shared fears of the West’s impact in Japan, admitting that he now “worried.”

“I’m worried about the movements of Western developers,” confesses Takeuchi. “Japan is now their target – it’s the last big marketplace. The truth is that Western studios are making great games, and they’re going to continue to do so next year too.”

It seems that the so-called decline of Japanese game development is going to become an even hotter topic as the weeks progress, as more and more studios look towards the West. There’s no denying that some of the most inventive and ambitious games — titles like Portal, Braid and LittleBigPlanet — have come from the West while many Japanese games have stuck to conventions, sometimes to their detriment.

Capcom, however, has nothing to worry about. I don’t feel that any other publisher so consistently melds East and West together. RE5 will sell bucketloads, so I don’t think Takeuchi needs to sell his house just yet.