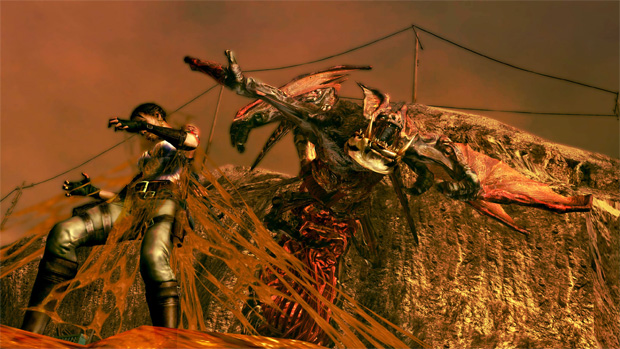 It sure is nice to see Capcom supporting PC properly, isn’t it? Coming to store shelves on September 15 for North America and September 18 for Europe is none other than the PC version of Resident Evil 5. Besides being the all-around fun action (and “horror”) game that it is, this updated version has a few new additions.

For starters, there are new costumes, although Capcom isn’t revealing any specifics, and Mercenaries mode now has three times as many enemies as console players ever saw. And for those who have a pair of fancy 3D glasses, RE5 will fully support Nvidia’s GeForce Vision tech, even in its cut scenes (a first, I’m told).

I am still attempting to wrap my brain around the idea of fighting a boulder in Stereoscopic 3D, but this all sounds mighty tempting to me. For those with the necessary hardware, there’s even a benchmark tool available.