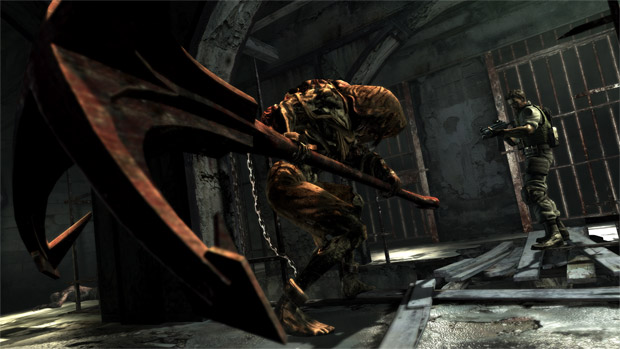 Capcom is going all out with expanding the core Resident Evil 5 experience, it seems. RE5: Gold Edition was announced today, and thankfully, it’s the same exact thing as the oft-talked about Alternate Edition.

Coming March 9 to PlayStation 3 as a single Blu-ray disc and to Xbox 360 as a DVD plus token for the new downloadable content, Gold Edition entails two new episodes, more costumes (presumably the RE5 PC ones), and “Mercenaries Reunion” with 8 new playable characters, each with their own specific weapons.

The developer has listed this thing as costing $49.99, which might initially seem sort of high, but the more you think about it, it’s really not so bad. I mean, imagine how much all of this additional stuff is going to cost the guy who bought the game at launch and has to download this stuff individually.

Mercenaries mode is an absolute co-op blast, so Mercs Reunion is a given for me. What about y’all?

And here are the dates you can expect to find this stuff in DLC form: