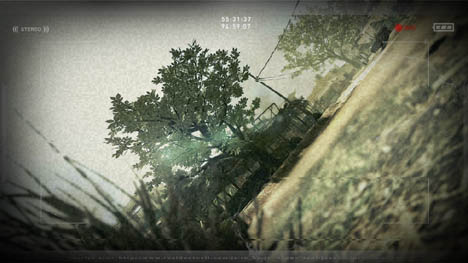 We’re now hearing that Resident Evil 5′s release has been pushed back to November, according to PSU. They say that their source at Capcom sends that word along, and that it’s being pushed back from the earlier rumored October release. I’m fine with that; racist rioting is more fun during the holidays anyway.

They also say that Sherry Birkin, Claire’s little helper from Resident Evil 2, will play a role in the fifth installment. She’ll be a ripe young 22 years old in this game. Woo!

Also, there’s a new counter on ResidentEvil.com. Capcom really likes their countdown timers, don’t they? PSU thinks it may have something to do with an upcoming trailer. Sounds good to me!

It looks like a downed camera, focused on a building that has smoke coming out of it. What do you make of this?