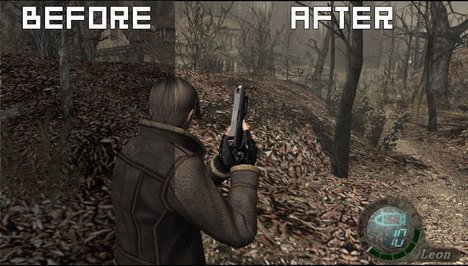 I was as surprised as you were to hear that Resident Evil 4 was finally released on the PC in Europe (the US gets it this May). I was even more surprised to hear that the game’s visuals were severely downgraded, due to what appeared to be a sloppy porting job.

It looks like the game’s publisher, UbiSoft, is making nice. A patch for the game has been released that appears to significantly improve the look of the game. The 70 megabyte patch appears to contain new textures and add lighting, making the game significantly easier on the eyes.

The patch doesn’t appear to be live from Ubisoft’s UK page, but can be downloaded here.