Resident Evil 3 actually doesn’t have that many puzzles, preferring a more action-oriented focus.

But it does have them, and here’s some help on a relatively early one. 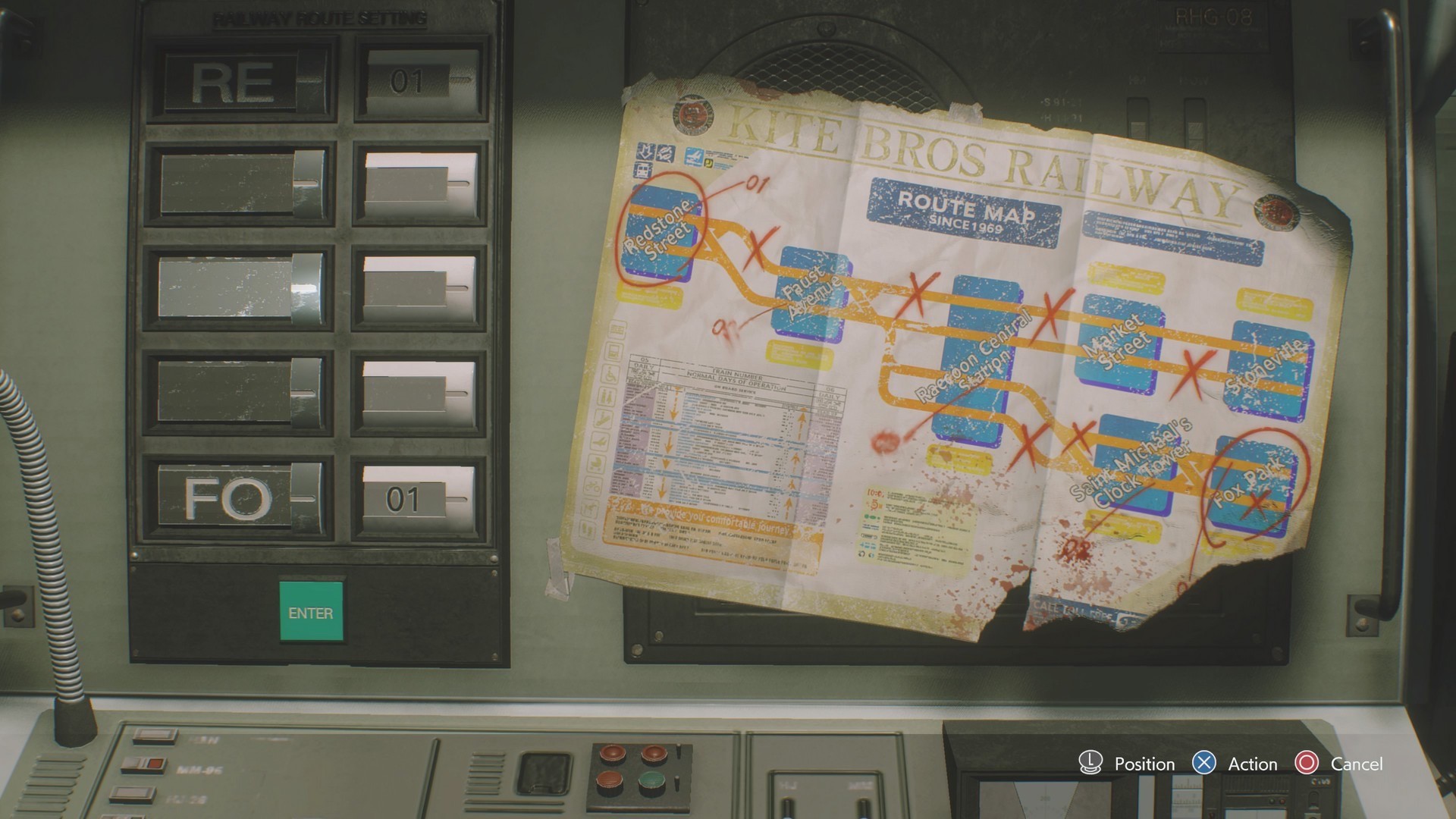 After turning on the main power grid in the story, Jill will be tasked with re-routing the subway car to the group’s next destination: and it just so happens to be a puzzle.

This one is pretty easy, though.

Look at the grid directly above. You need to get from Redstone Street all the way down to Fox Park. The lines with the red marker on them are closed, so select the codes that connect each station to each other (Redstone, Faust, Saint Michael’s Clock Tower, Fox Park) without crossing into a red line.

Want a solution? Here you go. 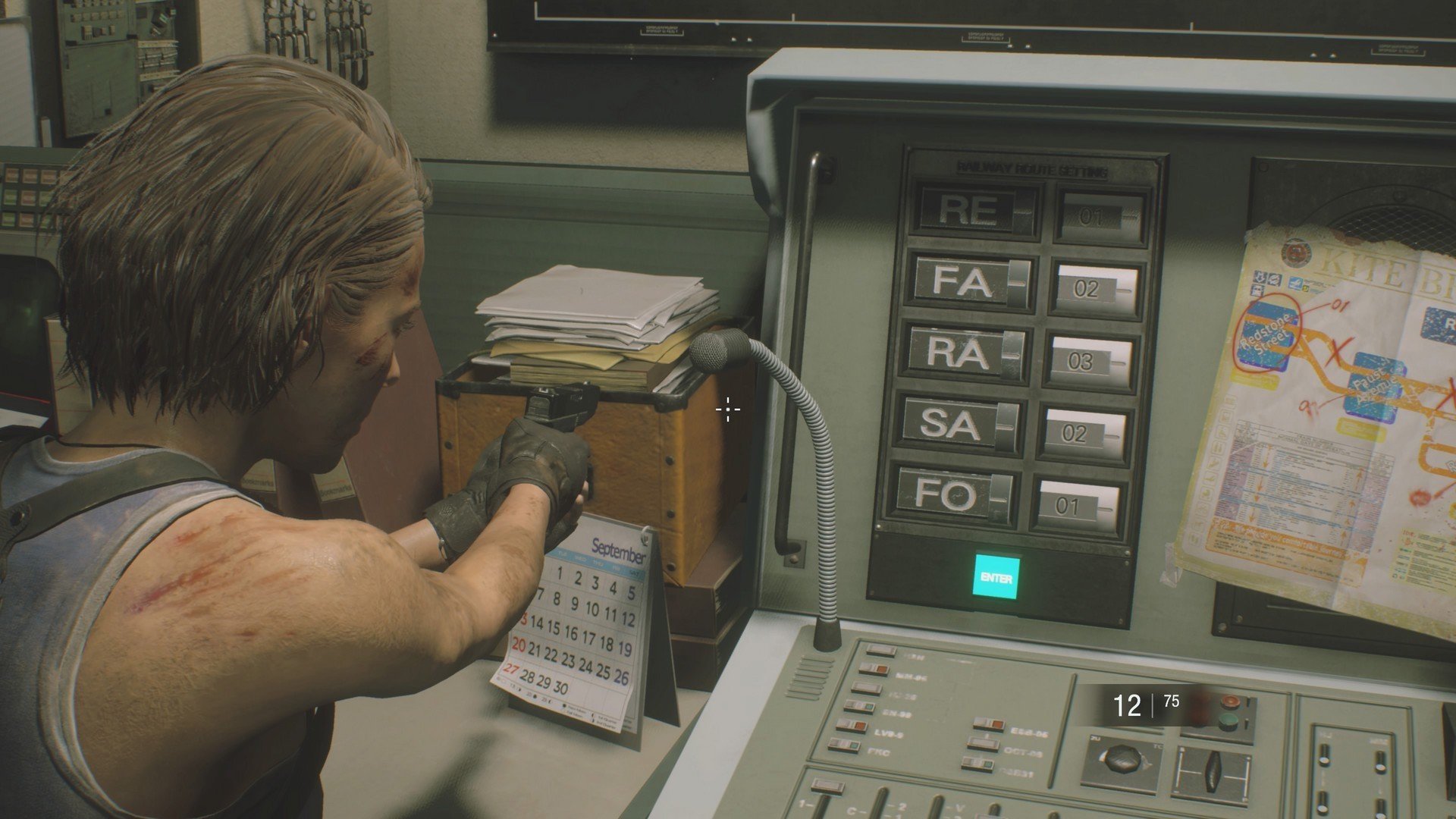