Will cost you more than a Jill Sandwich

UK retailer GAME has opened pre-orders on the previously-revealed Resident Evil 3 Collector’s Edition, giving fans outside of North America the chance to bag themselves the groovy – if somewhat pricey – box set.

The collector’s edition includes a copy of the upcoming remake on PS4 or Xbox One, a “Project N & Project R” art book, a double-sided map of Raccoon City, (showing the ‘berg before and after the events of the biological disaster), and a double CD soundtrack featuring the game’s score. All housed in packaging stylised like Resi‘s famous item boxes.

Resident Evil 3 launches on PS4, PC and Xbox One on April 3. 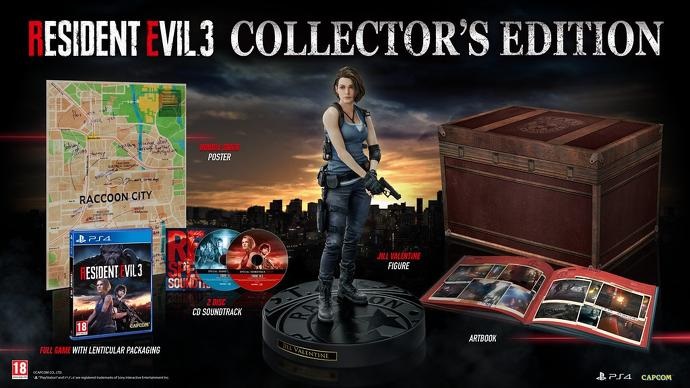