Steamforged Games has announced its intention to produce a board game based on Capcom’s zombie-popping classic Resident Evil 3. The new tabletop title will begin crowdfunding on Kickstarter on April 28, 2020.

Resident Evil 3: The Board Game has been designed by admitted superfan Sherwin Matthews, who was previously responsible for Steamforged’s last tabletop Resi adaptation, Resident Evil 2: The Board Game. The new game is expected to play similar to its predecessor, and allows 1-4 players to take up the roles of famous characters such as Jill Valentine and Carlos Oliveira, as they frantically battle their way through a T-Virus-addled Raccoon City. 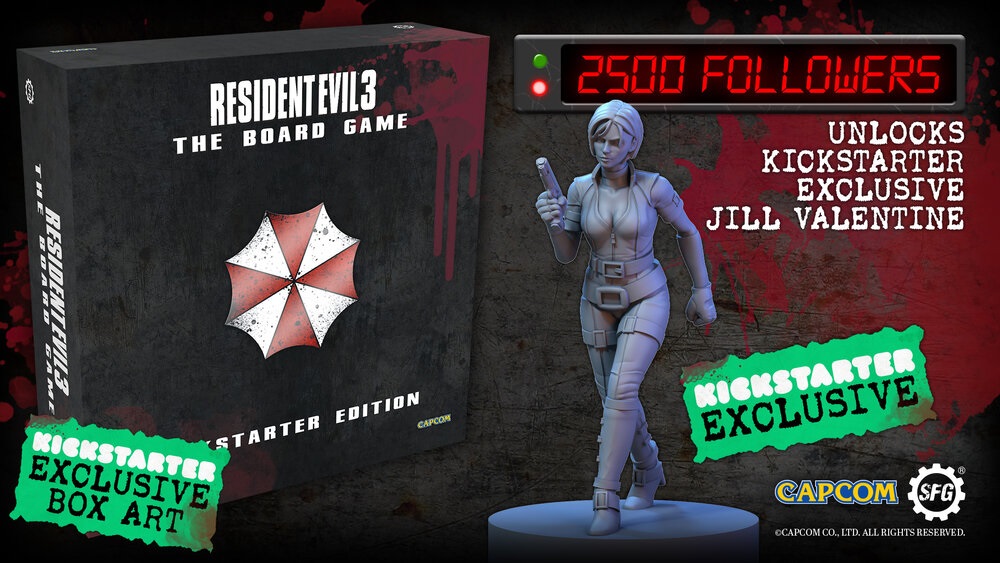 Resident Evil 3 will be playable as a series of short, one-shot scenarios, and will also feature a full 19-plus-hour campaign mode, complete with umbrella storyline…erm… no pun intended. Don’t forget to keep one eye out for the unstoppable Nemesis, who has been dispatched to throw a spanner – or more accurately a giant fist – in the works.

Sign up for more details about Resident Evil 3: The Board Game over at the official Kickstarter page.

Resident Evil 3 board game looking for funding this month [Siliconera]