Capcom has a tight set-up in the South Hall of E3. The entrance to its demo for the Resident Evil 2 remake is a miniature recreation of the Raccoon City police station, redesigned as a short haunted house to provide a brief bit of scares before the main attraction. Because I have a limited appointment with Capcom, I skip going through the haunted house, though the screams emanating from it do not escape notice.

At my demo station, my Capcom handler explains to me this session has a hard out-time of 20 minutes. After a minor sound issue is fixed and I see a young, fresh-faced Leon Kennedy, I wonder if 20 minutes will be a long enough time for the game to get under my skin. In hindsight, that was a stupid question. 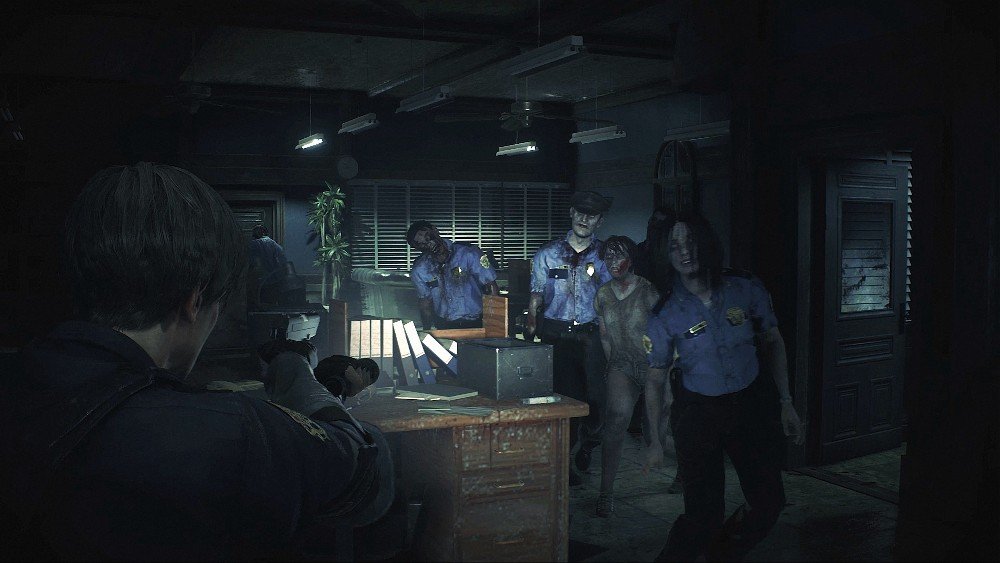 I’ve always admired Capcom and its efforts to push forward the look and feel of the Resident Evil franchise. RE VII is a knock-out, and this remake of the acclaimed classic, built from the ground up using the same engine as the most recent game in the series, is stunning and moody as all hell. Raccoon City police department is both beautiful and decrepit, with signs of violent, messy struggles strewn throughout. Using the free motion camera, I explore the nooks and crannies of the police station. A lousy use of my limited time, but I’m just in awe at the level of detail here.

Soon enough, I move away from the bright lights of the lobby and into a flooded hallway. While much of the game will hue closely to the original release, aspects of the story and how the plot plays out have changed. Characters who came and went without much fanfare in the original are now fleshed out. Marvin Branagh isn’t just someone I stumble across, but a man who also saves my life, a little bit later in the demo. One thing that isn’t changing from the old Resident Evil 2: both Claire and Leon will have their own, independent, but intertwining campaigns.

The flooded hallway is dark and dank. Pulling out my flashlight, I move slowly through the shin-high water as the music begins to ratchet up. My arm hair starts to stand as I explore a media room with a bloody body on the floor. It doesn’t reanimate, but it’s not long after I encounter my first zombie.

Cries for help are coming from the rear of the hallway. An officer is out of bullets and trying to get back in the station. I run over to him and lift the gate to let him in, watching in horror as I pull through just the top half of the man, his intestines dragging on the floor. The power of the Resident Evil VII engine makes this a nauseating sight, but I have no time to get sick because the zombies are coming and they are tough as shit. 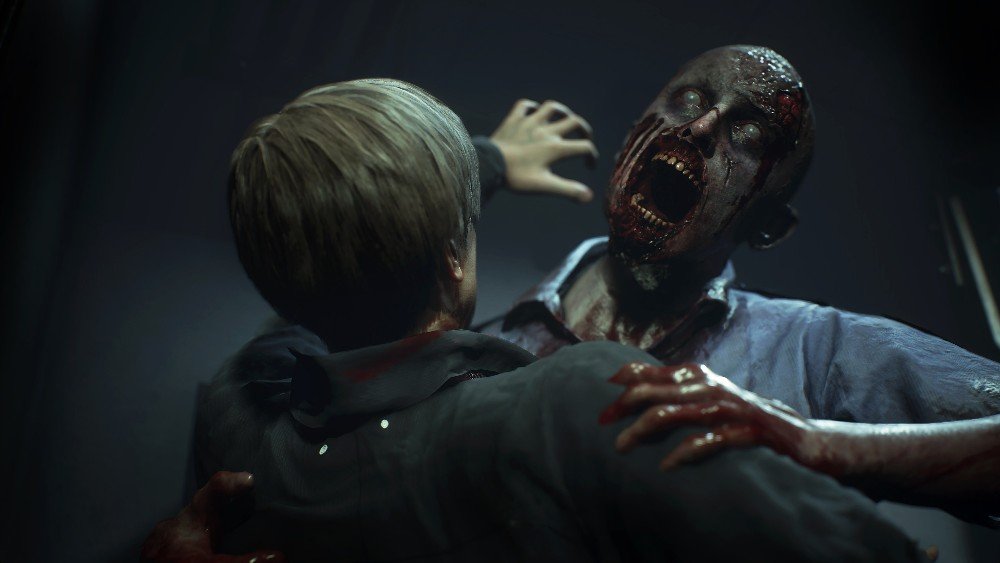 Two zombies coming my way, an undead cop and citizen, require nearly all of my bullets to take down. Even head shots don’t drop them quickly, something I’m quite good at pulling off with the third-person camera and the roughly 60 or so hours I’ve put into Resident Evil 4 over the years. They soak up my shots, leaving me with just two bullets and completely unprepared for a mob of zombies that bursts through a door a moment later. It’s absolutely startling. That sudden scare combined with the aggressive soundtrack send a shock of fright through my spine and before I know it I have Leon in a sprint, trying to get him to safety as fast as I can.

I only escape thanks to Branagh. He’s injured, bad, but he equips me with my combat knife and sets me out on my mission to find a way to the secret passage Officer Half-A-Body scribbled down in his notebook. The conversation between the two is a good showcase of the new voice acting. The actors cast in both roles sound the part, and while a handful of cheesy lines are dropped, it’s miles ahead of the PlayStation original.

I don’t have much time left in the demo — I can feel the clock ticking down in the back of my mind — but I’m already sold on this. I’ve been sold on it since the zombie invasion of the inundated hallway. I come across a few more of the undead, slicing them up with my knife, before discovering a typewriter. Resident Evil 2 will feature auto-saving, but players can still utilize typewriters for intentional saves. My demo ends just as a female zombie begins to bite into my neck.

“I couldn’t tell if you were sighing or frightened,” my Capcom handler says to me as I step away from my demo station. I tell her I’m frightened, very, very frightened. I still have goosebumps from the taut atmosphere of what I just played. Resident Evil 2 is the remake fans have been most patient for, and with the dynamic engine from Resident Evil VII powering it, the final product could very well be everything fans have hoped for and more.