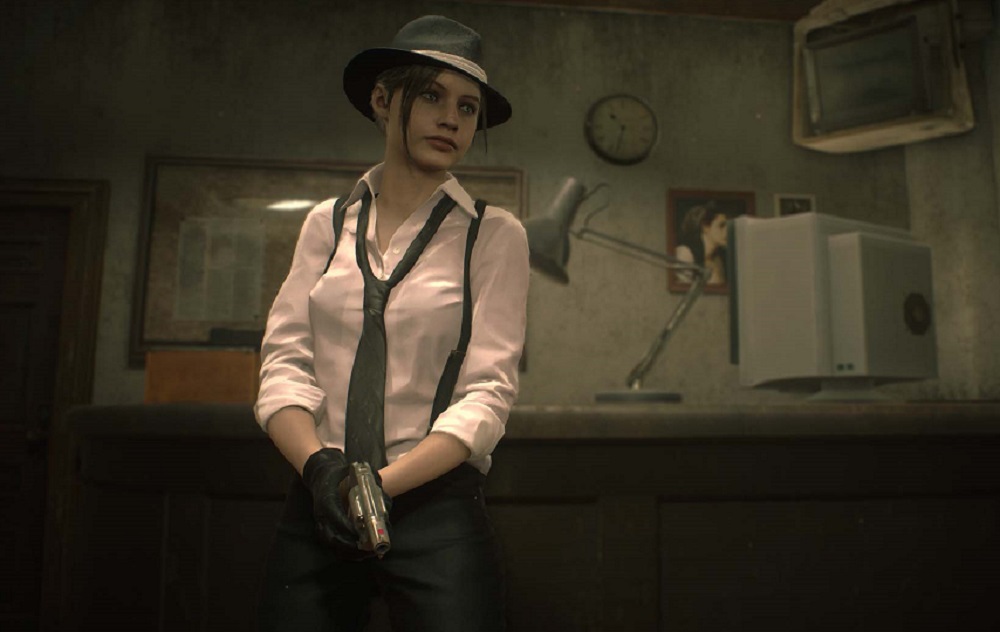 Capcom has revealed a “Deluxe Edition” hoping to pry those extra bucks from you come release day of Resident Evil 2, the remake of one of the greatest survival horror games, even greatest games, of all-time.

Expected to retail for around $70, the Deluxe Edition includes a special reversible sleeve featuring swoony Leon Kennedy or swoony Claire Redfield, whoever makes you swoon more, I guess. The release will also feature a glut of in-game DLC. This includes a selection of costumes for Claire and Leon, the “Albert Model Samurai Edge” handgun and an option to replace the new soundtrack with the iconic tunes from the 1998 original.

Ironically, all of these feel like items you would have unlocked for free in 1998, but I guess today they’re worth an extra ten bucks. To be fair “Noir Claire” is cool, the smoothest of criminals. Playing as either character in their noir outfit will also add and option to render the game in black & white. If you want to see footage of Redfield in action, you can check out the video we posted yesterday.