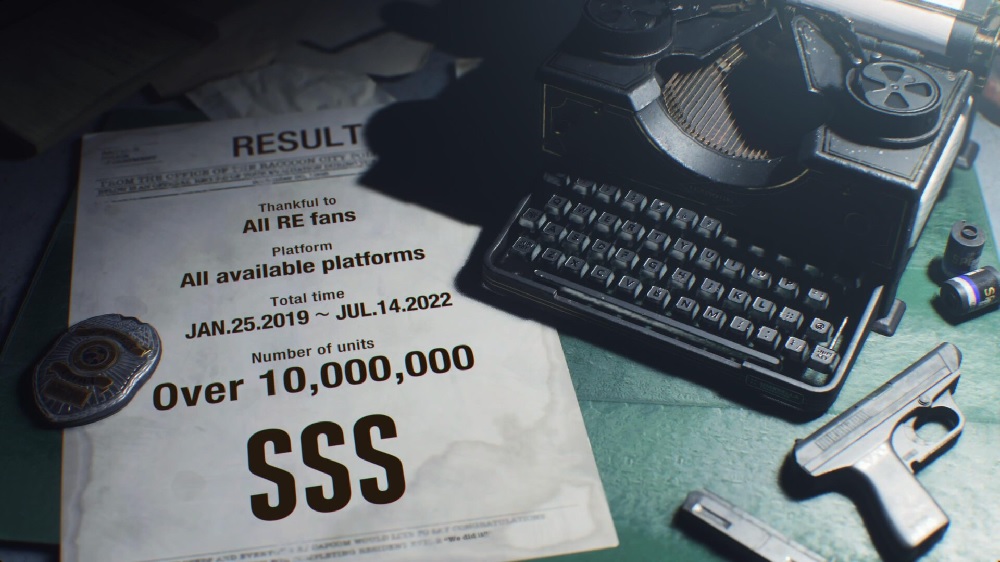 It was always inevitable that Capcom’s Resident Evil 2 remake was going to do gangbusters numbers — after all, the studio was revisiting one of their most closely-held, beloved, and nostalgic releases. But it seems that the pull of the Raccoon City Police Department knows no bounds, with the recent news that the critically acclaimed revisit has surpassed a staggering 10 million total sales.

Released in 2019, a little over 20 years on from the groundbreaking PlayStation classic, Resident Evil 2 is a retelling of the worst “first day on the job” ever. Heroes Leon S. Kennedy and Claire Redfield roll into Raccoon City to find that the entire town has been besieged by terrifying biokinetic monsters. Holding fort in the most bizarrely designed police station in modern memory, the new friends attempt to survive the night, holding off a menagerie of beasties while uncovering the truth about the living nightmare now engulfing the burned-out ‘berg.

Capcom’s revelation of the remake’s ongoing success is timely, arriving on the same day that streaming service Netflix premieres its live-action adaptation, Resident Evil. The new show sees lead character Jade Wesker (Ella Balinska) attempting to make sense of the increasingly threatening world around her, whilst also coming to terms with the miserable and destructive legacy her bloodline has left behind. While I am yet to check out the show myself, this morning’s round of reviews seem quite divisive, but still err on the side of positivity for the most part.

Resident Evil 2 is available now on PS4, PC, and Xbox One.