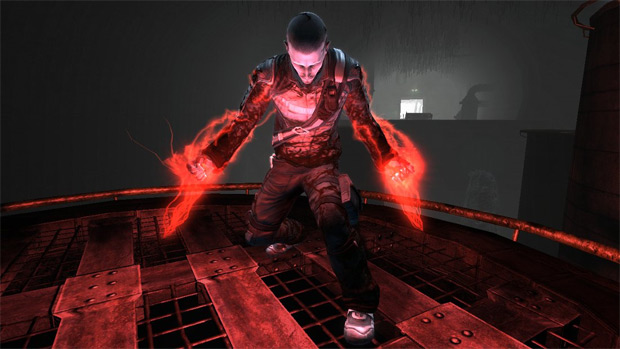 Out of all the PlayStation 3-exclusive games coming out this year, inFamous is shaping up to be one of my most anticipated.

While we’re still months away from the game’s launch in June, GameStop is already letting us know that you aren’t going to be pre-ordering elsewhere if you want to have all of Cole McGrath’s powers.

Reserve inFamous and receive a code that unlocks the GameStop exclusive Gigawatt Blades Power. With electric blades extending from his wrists, a single blow annihilates any foe and transforms Cole’s hands into instruments of sheer destruction. Yet still gentle enough to allow for the occasional tickling.

I fail to understand why you would tickle people who want you dead, but if the ability to do so doesn’t appear in the full game, I’m going to be disappointed, and then angry at you, GameStop. I don’t normally have a problem with in-game bonuses for reserving a game, since they’re usually just silly/stupid costumes, but this is kind of annoying.

What do you guys think?