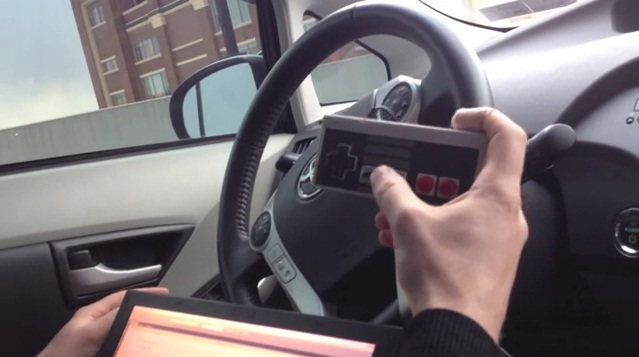 I didn’t expect to see this today — it appears as if individuals have rigged a car’s computer system to respond to inputs on an NES controller. It’s very rudimentary in terms of how far they can push the car, but the researchers apparently used cables to connect to the electronic control units (ECUs) of a 2010 Ford Escape and a Toyota Prius.

The pair of testers were funded by Darpa, and were attempting this project to raise awareness about the over-reliance on computer systems within vehicles. One of the researchers, Charlie Miller, had this to say: “We would love for everyone to start having a discussion about this, and for manufacturers to listen and improve the security of cars.”

Maybe they can try Power Glove support next?