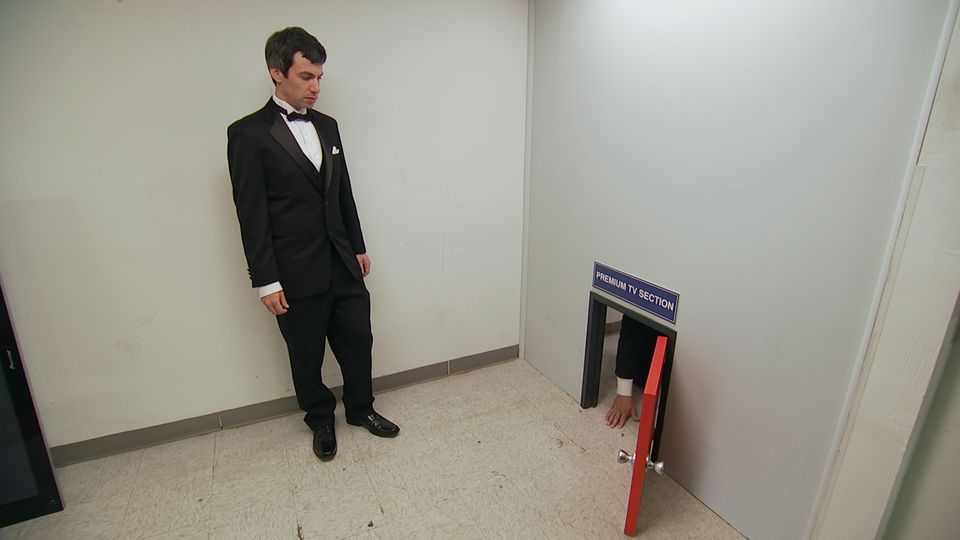 Shopping research group InfoScout has published its post-Black Friday findings as they relate to video game consoles. As you can see in the chart below, 40% of participating millennials (defined as ages 18-35) buy PlayStation products on your “average day” in October, compared to 48% on Black Friday. Compare this to “middle-aged” consumers (defined as ages 35-55, hi Mom!), who preferred Xbox products both during Black Friday and your “average day.” 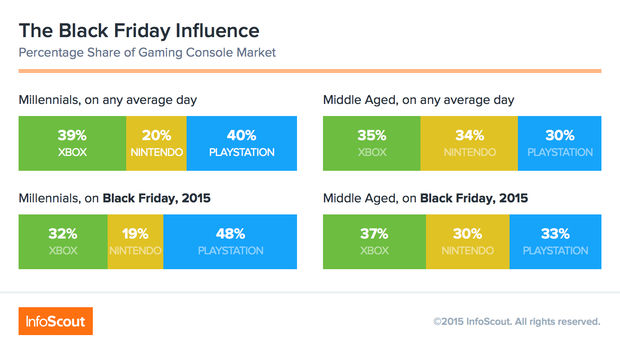 It’s also interesting to note that Nintendo is struggling compared to Xbox and PlayStation among millennials, but commands a greater market share among middle-aged consumers. There’s a lot of interesting data here, including the science behind how InfoScout came to this conclusion.

“InfoScout established a baseline group of 2,364 people who purchased video game products in October 2015. We then contrasted their purchases to those of 1,020 Americans who purchased a video game, console or accessory during the 2015 Black Friday promotion period (starting at 6PM on Thanksgiving, and running until the end of day Friday).”

The company normally polls from between “more than 300,000 Americans” and “over one million Americans,” according to the study page and InfoScout’s ‘about’ page, respectively. For this study, “the first 250,000 receipts reported from shopping trips on Thanksgiving night and Black Friday were analyzed.”