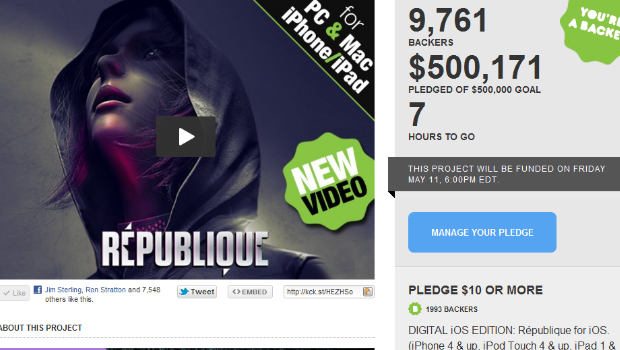 Republique, the promising stealth game that has been seeking funds on Kickstarter, finally hit its $500,000 funding goal with less than seven hours to spare. Talk about an impressive photo finish.

The game was only past the halfway mark this week, and while many remained hopeful, it seemed quite likely that the project would see an unceremonious end at the starting gate. However, a last minute push for coverage and donations saw an astounding burst toward the goal, and with just hours left on the clock, Camoflaj has what it asked for.