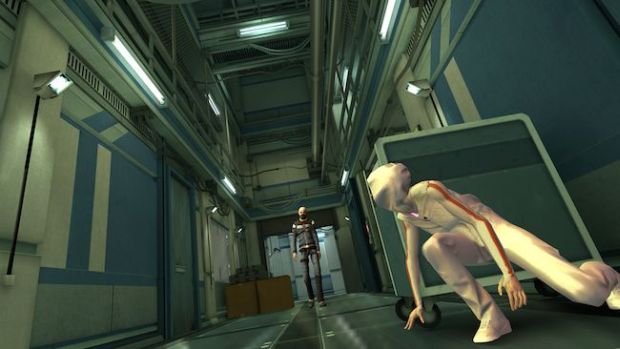 Hey guys, remember République? It was part of one of the earlier waves of game crowdfunding, and developer Camoflaj aimed to make their stealth-action game a “Triple-A iOS experience”. And now the long road to release is coming to an end, as their latest backer update reveals a release date for the iOS version: December 17th, 2013. December 19th, 2013. That’s…today Thursday! They’ve also released a launch trailer over at IGN.

The same backer update revealed the game’s pricing, which emulates the Telltale model: République will be priced at $4.99 for each of five planned chapters, released in 2-3 month intervals. Players will be able to pick up the whole thing for $20, and backers who pledged at the $10 level and up will get all the chapters, plus other goodies as a thank-you for supporting Camoflaj early on.

Additionally with the iOS version about to release, Camoflaj “ready to shift focus” to prepping the game’s PC and Mac versions, and will be taking feedback as to how best to adapt the game for mouse-and-keyboard.

I have to say, it’s nice to see this wave of crowdfunded games reaching market-ready state. To avoid disappointment, I usually just just write off any money I give to this sort of thing, so it’s always a pleasant surprise to remember that “Oh, this thing is coming out, and my lunch money helped it happen.”