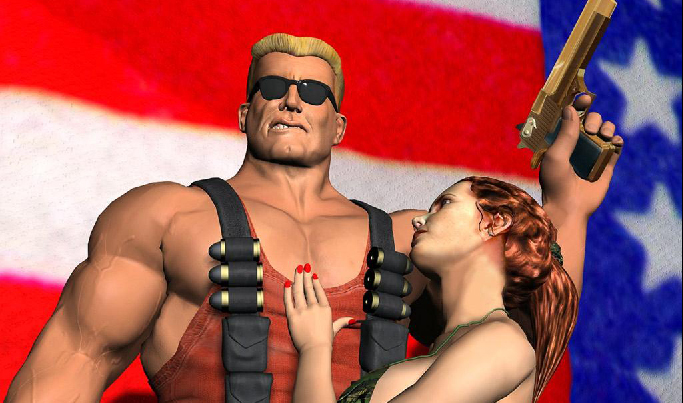 How do those balls of steel taste?

The voice behind the toughest man in the video game business, Jon St. John shot down the opportunity to do ad work for a “leading GOP candidate for president.” Now I’m not Sherlock Holmes, but I’m pretty sure that leaves only two suspects. Possible crazy man Ted Cruz, or the border-shuttering hairpiece himself, Donald Trump. One of these two men was looking for an endorsement from an out of date muscle-bound chauvinist who is more heavily armed than an issue of Guns & Ammo. I know who I’d place my money on.

In a Facebook post, St. John said “I don’t like to turn down jobs…especially when it’s a national ad campaign that pays pretty well. But I have a conscience and could not accept a gig to be the advertising voice of the Republican party’s leading candidate for president. Thanks for the kind offer, but I will sleep just fine at night knowing I made a choice I can live with.”

That might just be the most polite “fuck you” I’ve ever read. St. Jon ended on a more cheerful note saying “Meanwhile I’m happy to be recording a new video game today” so we can look forward to more grizzled one-liners in the future, even if they won’t be appearing in political messages.

What do you think? Would a Duke endorsement have swayed your vote one way or the other?