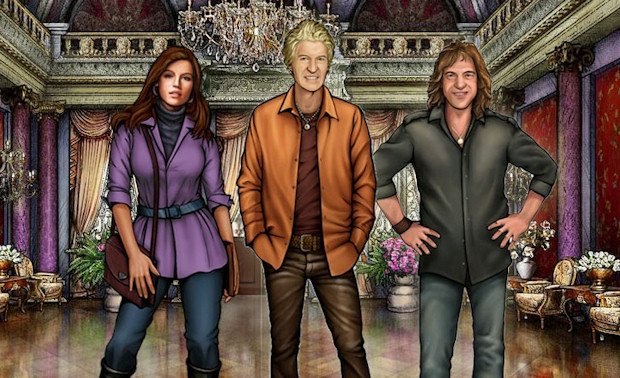 REO Speedwagon is getting its very own videogame, heading to the PC and Mac. I know you don’t believe it, or at the very least think we’re talking about a funny Flash game. We sh*t you not, however, this is a real, official, genuine REO Speedwagon game!

It’s called Find Your Own Way Home and it sounds crap! It’s being sold as a “hidden object adventure game” which is PR speak for “you randomly click the screen like a retard and hope something happens.” Of course, the gameplay isn’t important. What is important is that it’s stocked to the gills with soul-warming melodic power ballads that stir the heart and melt the mind. Twelve of The Wag’s best tracks will be a part of the game, so you’ve got a guaranteed winner right there.

Seriously, this is a thing that is happening. I can’t fight this feeling that it’ll be the best bad game to come out in ages.