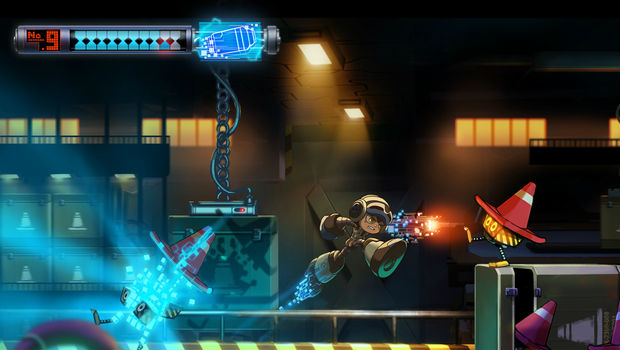 Inafune’s Mighty No. 9 might be fully funded, but right now that only guarantees a PC version (and the inevitably close Mac/Linux stretch goal). In order to come to consoles (specifically 360, PS3 and Wii U) the project needs 2.5 million dollars in funding, but the powers that be have been very vocal that other platforms may be in the cards.

Enter Renegade Kid’s Jools Watsham, who offered up some assistance over the weekend to create a 3DS version of Mighty No. 9. Nothing is set in stone yet, but the official Twitter for No. 9 did respond, and is currently reaching out to the team so see what’s what.

I’ve said this many times, but the spirit of Mega Man is nothing short of amazing. So many people grew up with the Blue Bomber, and to see an homage like this from the father of Mega Man himself is inspiring. I expect a whole lot more support going forward. Nice work Inafune!