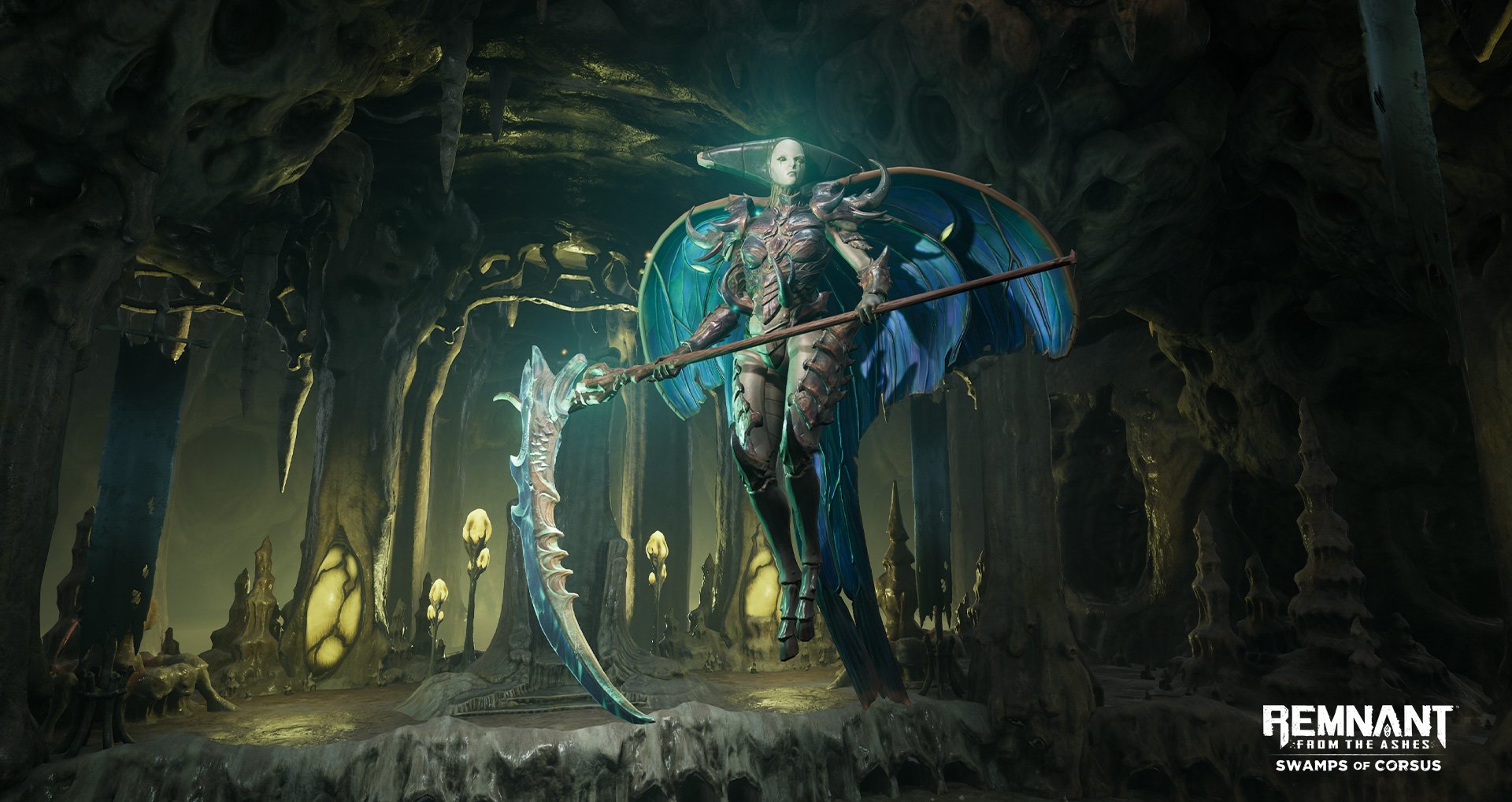 It’s about time for fans of Remnant: From the Ashes to return, and for the rest of us – those of us who want to roll with a Souls-inspired co-op shooter, anyway – to check it out in the first place. Remnant‘s $10 Swamps of Corsus DLC comes to Steam on April 28, with PlayStation 4 and Xbox One to follow.

Swamps of Corsus includes a start-from-scratch roguelike Survival Mode that looks like it’ll be equal parts fun, painful, and long-lasting, along with “three powerful weapons and mods, four challenging side dungeons, epic bosses and enemies, and more,” according to creator Gunfire Games.

Assuming you’re okay with permadeath enough to be intrigued, the big carrot on the stick is “over 50 new armor skins.” They’re purchasable from a vendor, Whispers, using Glowing Fragments (a new type of “reward currency” earned in Survival Mode and the Hard, Nightmare, and Apocalypse difficulties). If you make a grave mistake fighting “insanely difficult bosses and enemies,” that’s it – better luck next time. You’ll come into each round with a pistol and scrap. There is co-op support, at least.

If you’re hoping to explore new Adventure content at a comfier pace, Swamps of Corsus covers that base too. The upgraded swamp biome includes “new story content, such as quests and events.” That’s crucial – a lack of longevity is one of the main complaints against Remnant in its current state.

A beefy free update is also on the way, as relayed on Reddit. “We also implemented a ton of balance changes, weapon and gear updates, boss updates (adjusting behavior, add spawning, difficulty), and overall bug fixes,” according to Gunfire. “We revamped the resource drop rate and now Ace even allows conversion of higher-level materials to lower-level materials, and we also adjusted the Scrap gain on some of the more challenging difficulties. Melee has also received an upgrade in that it does considerably more damage, and many melee-related items have been adjusted as well.”

“All of these tweaks are meant to smooth out the gameplay experience and give players more build variations.” The hope is that “even brand new runs starting from scratch have a new ‘feel’ to them.”

Another cool twist: “Many of the new DLC rewards can actually be obtained in Campaign / Adventure [completely for free], but cannot be used without owning the DLC. We thought it would be a nice gesture to allow players to earn these rewards for free to see if they are even interested in what we have to offer. If they decide at any point they do want to support Remnant, they can purchase the DLC and immediately unlock any of the specially-marked items that they have already earned.”

I love the game concept and I’m happy to see Gunfire continue to support Remnant. That said, I feel like this will be one of those situations where a potential sequel could knock it out of the park.

New PC players can grab Remnant and Swamps of Corsus for $44.99 on Steam starting April 28.