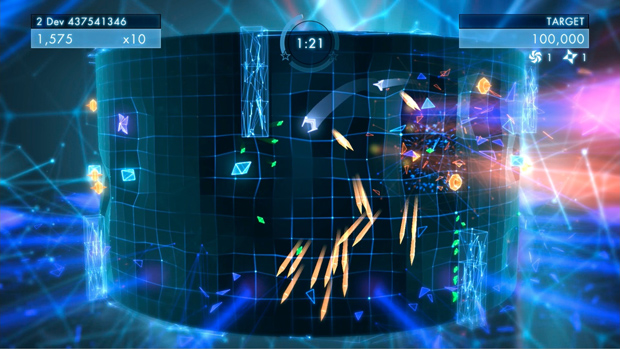 There’s been, what, two trailers for this game?

I’m unsure what your plans are for Thanksgiving but if you’re looking to kill time before your big meal is prepared, allow me to point out that Geometry Wars 3: Dimensions will be released. It’s coming first to Steam, PS3, and PS4 on November 25, then Xbox 360 and Xbox One the next day.

I had fun with the game at PAX Prime and found the Super Stardust-esque 3D stages to be an interesting new challenge. Felt like I barely scratched the surface, though — as the trailer says, there’s over 50 levels — so I’m ready for a proper uninterrupted play session later this month.