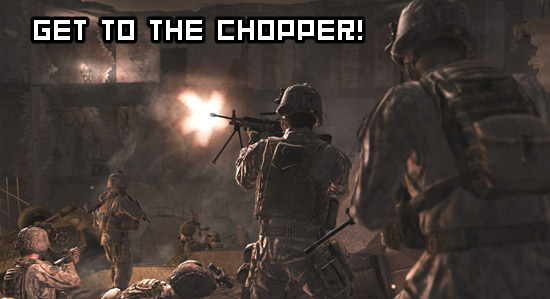 In case you missed it, a single-player demo for Call of Duty 4: Modern Warfare PC has been released. Things got off to a rocky start earlier today as many gamers attempted to download it from Yahoo! Games, but failed miserably due to technical issues.

Things are looking up now though, as the demo can be found on other mirrors that should, you know, function properly. Charlie Oscar Delta has a list of download locations for the demo right here.

The CoD4 demo weighs in at 1.37 GB, so save yourself the trouble of downloading it only to find out that the game runs horribly on your rig by checking out the system requirements after the break.