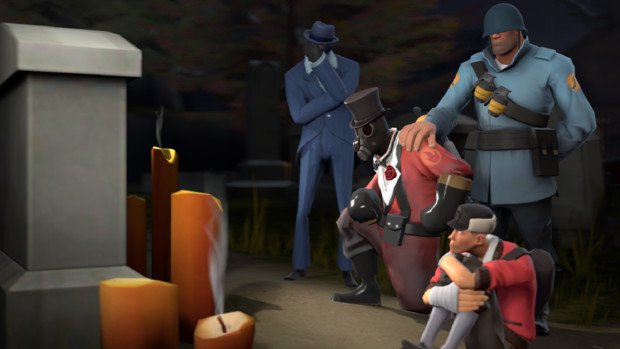 This has been the hardest blog for me to write. Even though I have the motivation and the energy, writing about death isn’t an easy thing.

What’s there to be said that hasn’t already been said? God forbid I were to type up something I thought was delightful comic relief, only to seem classless or at least a little inappropriate. I mean, death is a very very sad thing and, no matter how often it occurs, it continues to surprise and remind us all of the frailty of life. That nobody, not even those of us that our loved by hundreds, thousands, or even millions are impenetrable.

More specifically, this blog is about a YouTube user by the name of kitty0706. I don’t know about you or anyone else who may happen upon this blog, but between 2009 and 2012, this person meant quite a lot to me. Unfortunately, after what was, no doubt, a valiant, two-year fight against leukemia, at the all too young age of… well, all I’ve been able to research was that he was born in 1994. So, whether he was 20 or 21, that is just too fucking young. Goddammit.

Much of his older material (such as Left 4 Farts or Louis’ Pills of Ultimate Destruction) may be crude or tame by today’s standards, but he, along with users like Raikujo and RubberFruit, were honest-to-goodness pioneers of their form. Like RoosterTeeth was to Halo machinima (heck, machinima in general), these guys and others were to Garry’s Mod machnima. Amidst all the one-off’s and trend clips (remember What Happens When [X] Gets His/Her/It’s Pills?), they went above and beyond and put out a plethora of… really weird, original shit.

Over the years and especially with the advent of Source Filmmaker, their brand of entertainment has seen a sort of falling out. Can’t say I’m surprised, as much of its charm and random nature came from the limitations of using Garry’s Mod as a vessel for machinima. Using what was simply not made for advanced animation resulted in lots of jarring cuts, flailing limbs or outright disturbing facials and what was often used to compensate was a decidedly quirky sense of humor. To further inspire, the modding community set out to provide thousands upon thousands of readily-available 3D models and landscapes.

All you needed from that point on was a loooooooooooot of patience. I should know. I tried my hand at Garry’s Mod machinima many years back (since been deleted, apparently), partially thanks to the videos I watched from kitty0706. There’s a reason why I never continued past that first video whereas I can’t count how many projects I’ve attempted with Halos 1 through 3.

This one hasn’t aged much. Me and a friend still quote it from time to time.

That these guys had the moxy to complete so many of these stupid (and I say that with the utmost respect) videos in the fashion they needed to is pretty amazing. Who knows? If it hadn’t been for people like Kitty and the enthusiasm people showed towards content like that, Valve might have had little reason to provide us with Source Filmmaker. A competent little tool that has made videos like this possible:

Probably my favorite video of Kitty’s.

Kitty, second only to RoosterTeeth, has provided me with hours and hours of awesome machinima content for nothing but my time and it’s fucking tragic that he can’t continue doing what he so obviously loved to do because life had dealt him a very unlucky hand.

Writing this up, I didn’t think it’d simultaneously piss me off and depress me this much that he had passed and, hopefully, moved on to a better place. But, from the beginning to this very point, I haven’t been able to stop thinking about how much he used to mean to me, how much he still meant to so many people, and how unique I still think he was.

A lovely taste of what Kitty could do with Source Filmmaker.

Rest in piece, dude. It’s unfair you were taken from us so early. My deepest respects to you and my condolences to your friends, family, and biggest fans.