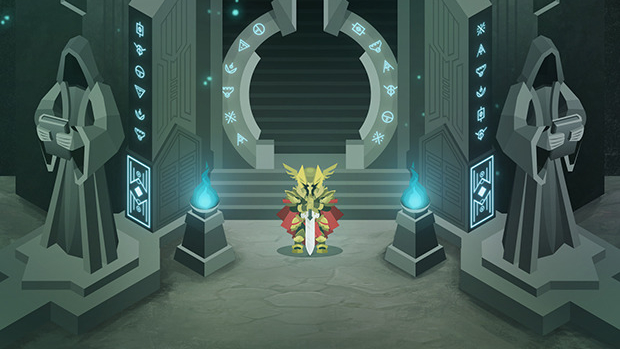 Back in the day when I first played Final Fantasy VIII, I fantasized about a world in which people could walk up to random strangers, ask to play a card game, and be treated to one without it being weird. We are not there yet, but the makers of Eminence: Xander’s Tales apparently have had similar thoughts.

Eminence is planned as a massively multiplayer online trading card game, and one of the most interesting bits planned is the ability banned on most schoolyards: winner takes one of the loser’s cards. This can be toggled between battles for those afraid of losing prized digital possessions, but I hope most player-vs-player battles are played for keeps.

I am a bit torn on how to feel about this. On the one hand, it seems a little iffy that the card gameplay is pretty much just a straight rip from FFVIII‘s Triple Triad subgame, but on the other hand, an MMO Triple Triad sounds like a pretty great idea.

Eminence: Xander’s Tales is about halfway to its £50,000 crowdfunding goal. It is initially planned for iOS and Android phones, with tablets, PC, and console versions set as stretch goals.