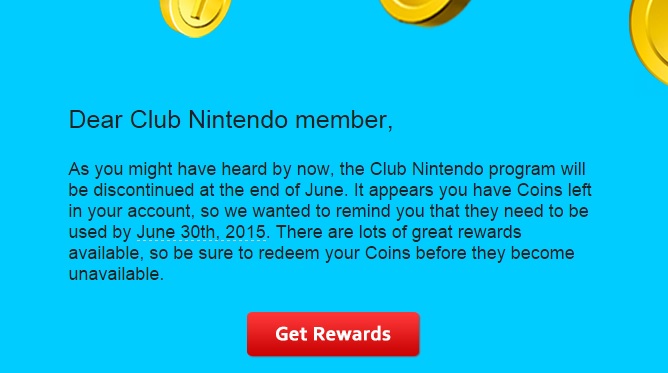 Don’t let them go to waste!

Club Nintendo as we know it is dead. It will return in some form but not the incarnation we know and love today, and your Coins will be dead too come June 30.

Consider this a reminder to redeem your Coin balance before the end of the month, or it will go to waste. Remember that Nintendo reduced the Coin cost of many physical items recently, and there’s a ton of digital stuff to pick up.

Expect at least one more public service announcement in the future!