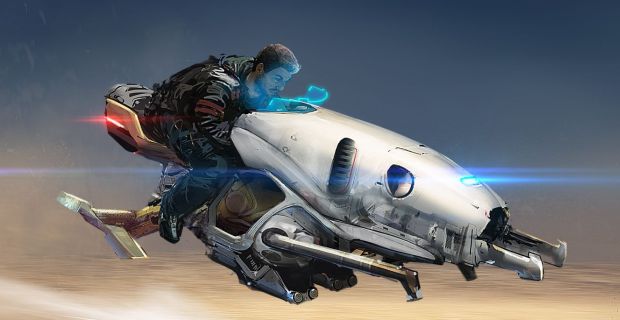 Did anyone ask for this? No really

How many of you are old enough to remember Flashback? The Prince of Persia-like game was originally released for the Amiga, then later brought to the PC, Super Nintendo, Sega Genesis, and several other platforms. Evidently there’s been a big enough fan request to get several members of the original core team behind the classic game, including creator Paul Cuisset himself, to approach Ubisoft and get an HD remake going.

The new Flashback largely stays true to the original game in terms of the story and level design, but there have been some updates to offer something new to fans as well. The story is a little more fleshed out, some levels have been changed up, there’s a new character progression system, and you can now aim your weapons 360 degrees.

As far as the story goes, it’s kind of like Total Recall. You play as Conrad who has crash landed on a planet and doesn’t remember a thing. That is until he finds a cube that has a recorded message from his past self before his memory was wiped.

Never played the original Flashback, but I’ve heard good things about it so maybe this will be good. Then again this is being developed by VectorCell, and despite Paul’s involvement, it’s hard to get excited for the studio that brought us AMY.

warning him of danger