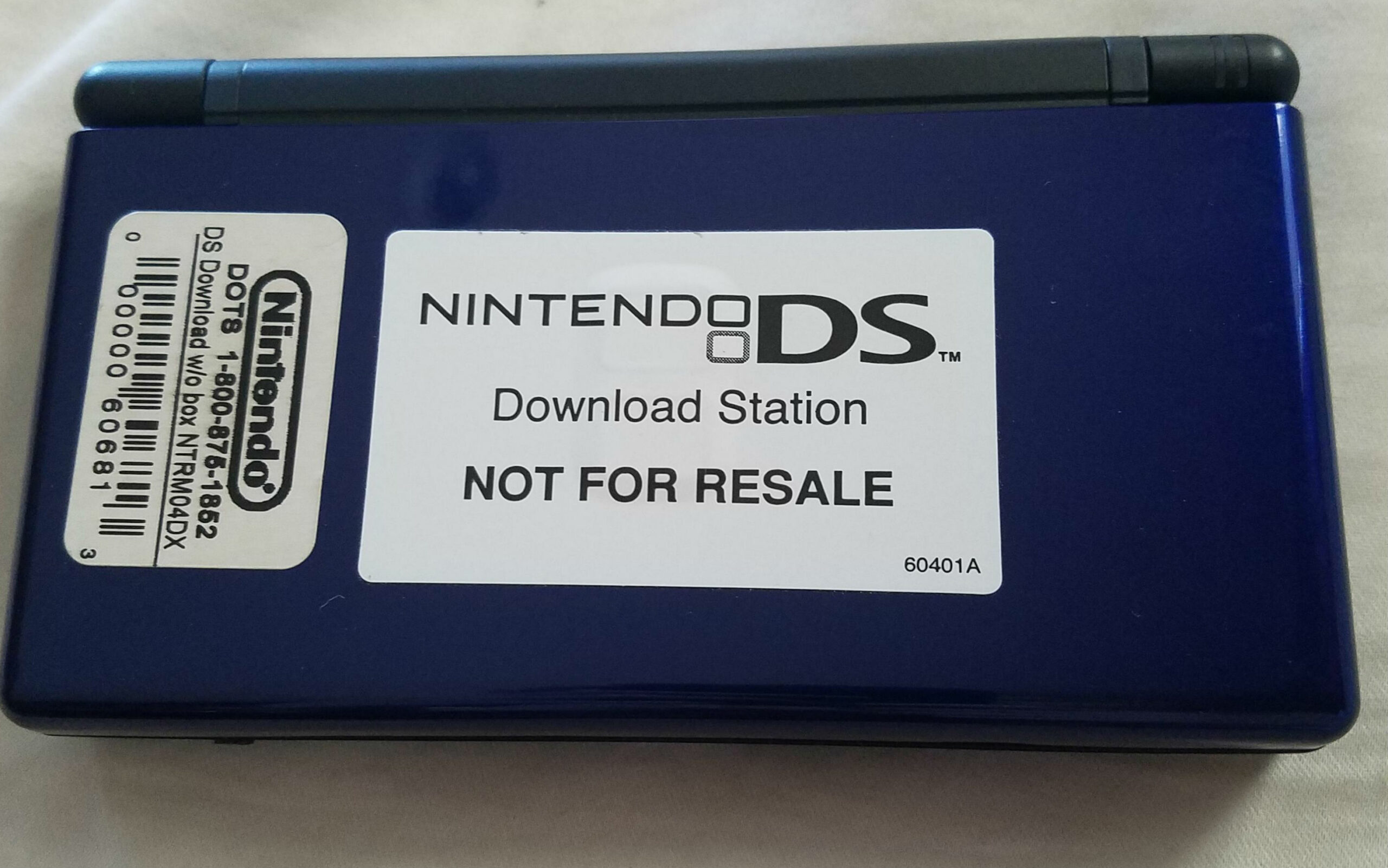 Also remember when SpotPass was prevalent?

For those of you who were unaware, Download Stations, part of the “Nintendo Zone” concept, were a late 2000s idea that allowed people to head to a location to download demos or possibly special offers from a special hub DS. KingBowser183 contends that they obtained it from eBay (thus hilariously rebuffing the “not for resale” sticker) and clarifies that the unit plays DS games as normal

Why was this cool? Well it lightly encouraged people to go out and about for free stuff, a precursor to the highly expanded SpotPass and StreetPass mechanics on the 3DS. There was a time when practically everyone I knew was using those two features, and passing someone and seeing that light on my 3DS would bring a smile to my face.

Sadly, official efforts that facilitated the latter would be phased out as the Switch rose to prominence, but the feature still remains if you can find anyone with a 3DS (conventions are the only place I can get hits anymore). The Switch is great, don’t get me wrong, but it lacks a lot of the social features that the 3DS excelled at like the Miiverse or everyone else above. I already miss it.

Maybe one day some DS/3DS enthusiasts will get together and form their own unofficial retro StreetPass Relay/Download Station initiative for use at anime/gaming conventions. Maybe I’ll form it? Who knows! For now we can bask in the glory of this DS Download Station.