Relinquishing control, in a way

Remedy is finally breaking free of the linear narrative formula that it has damn near perfected over the past 20+ years. For its seventh game, Control, it’s wading into the waters of the open-world genre.

We were shown a 20-some-minute hands-off demo that elaborated upon how exactly Control is structured. The most notable takeaway is that it’s open-world, or at least open-ended. There’s a large(ish) environment that you can move about freely, eventually revisiting places and accessing new areas thanks to some abilities that are acquired further on in the story. It’s seemingly a metroidvania-like bent although that term was never brought up.

The reason open-world feels like a slightly-off description is because it appears as though the majority of Control will take place indoors. Protagonist Jesse Faden has been promoted to director of the Federal Bureau of Control after the previous director died in an attack by the “otherworldly” Hiss group. Although there are other locations, Remedy confirmed that most of the game is set inside the FBC building which is hilariously named “The Oldest House.”

Remedy has always known how to make one hell of an action game, and that expertise doesn’t seem to be waning. There were near-constant combat sections where Faden strung together telekinetic powers and deadly aim with a pistol to mow through hordes of Hiss. The supernatural stuff is most intriguing (Remedy says Faden acquired these powers with her promotion), as it looks like a legitimate means of reformatting the environments for tactical purposes. Time-bending and some sort of force push were the major maneuvers we saw.

However, there are more abilities and it sounds as if this lends some kind of light role-playing angle. There are collectibles called artifacts that open up new abilities, presumably through a skill tree. Another ability was Levitate which seemed to be more for exploration and traversal than for combat. The player will probably have some sort of say in Faden’s proficiencies.

Of course, this is still a Remedy game and that means there’s going to be plenty of mystery. The reveal trailer was light on details and this presentation shed a lot more light on what Control actually is all about. But there’s a whole tangled narrative that likely won’t be cleared up until release. 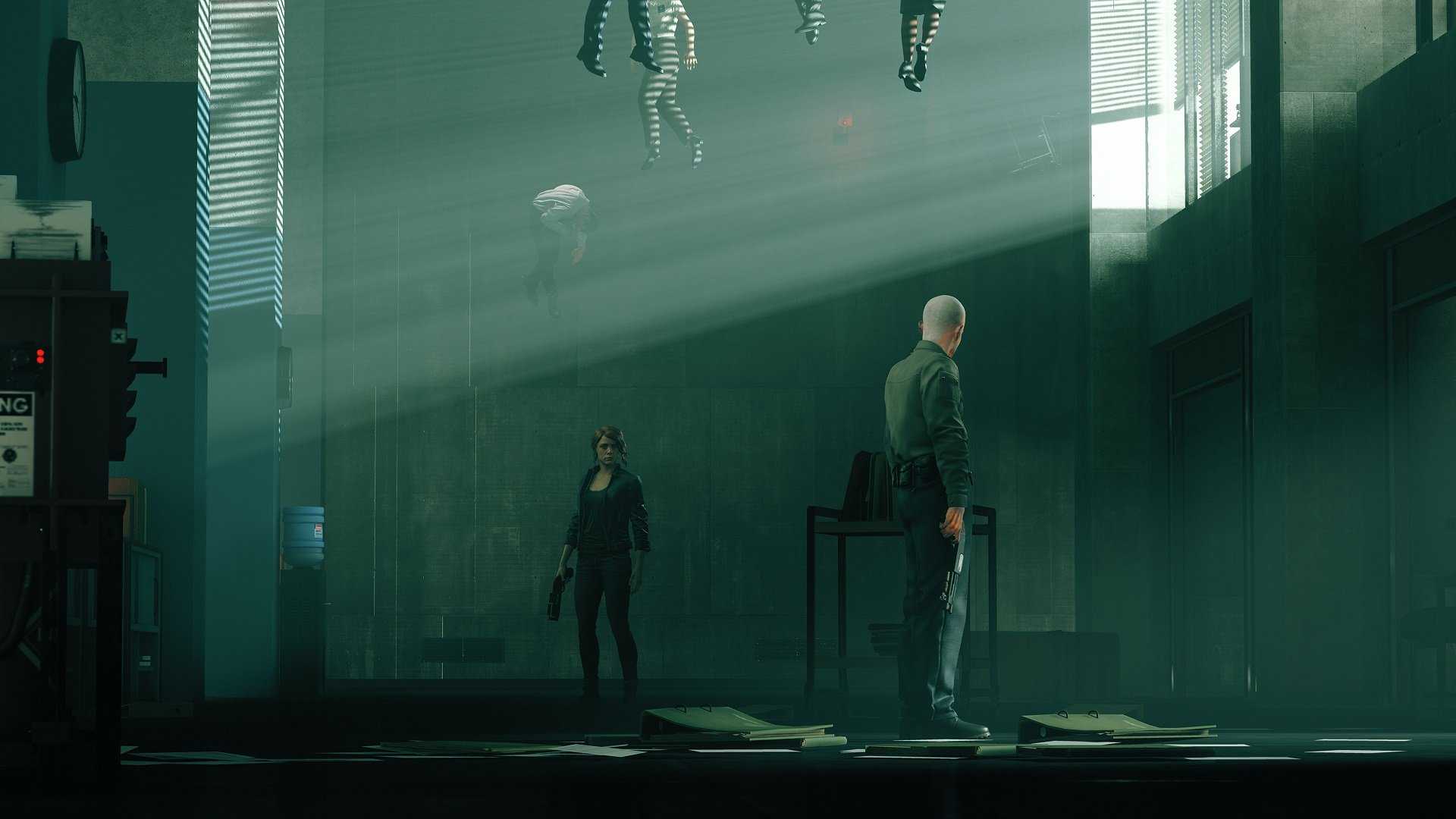 We spoke with narrative lead Anna Megill and she explained how the studio hopes to tell another incredible story while somewhat switching up the format of the gameplay. “I think it has been challenging for Remedy in a lot of ways because they’re all very used to telling these linear stories. It has been a learning experience,” Megill said. “Remedy likes to push the envelope on things and try to do things in a different way than everyone else has done. It’s not following some formulas, it’s trying to find new and creative ways to tell the story and to have fun with these environmental elements. And to find new ways to deliver the narrative […] that’s going to be exciting for both us and the players.”

As for why now is the time for Remedy to alter the linear narrative approach, it might have something to do with Quantum Break‘s reception. Megill commented “We still love Quantum Break. We think it’s a great game and there are a lot of fans who are very passionate about it. I think looking forward, what we’ve tried to do this time is to have a more gameplay-driven experience. So we’re spending a little less time on cinematics and a little more time letting the players have their own experience out in the world. Exploring and having adventures and driving the narrative their own way. I’d say that’s probably our main takeaway as much as we love Quantum Break, we did hear what players were saying.”