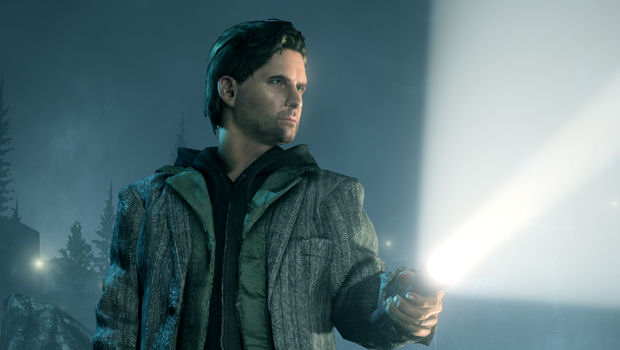 Alan Wake, as we all know, took ten thousand years to develop. Much of its dev time was spent with very little public demonstration, and the game maintained a place in the public consciousness through pure hype alone. We asked developer Remedy if that was a help or hindrance, and whether it was difficult keeping the game under wraps.

“It wasn’t that hard. Honestly, it takes more effort to make announcements than to just keep quiet,” explains writer Mikko Rautalahti. “Which isn’t to say there wasn’t a certain degree of frustration every once in a while, of course. It was a long time, no question. As for why it was kept under wraps, when there’s really nothing you can say besides ‘hey, we’re still working on it!’ it’s just better to keep your mouth shut. I’m sure we’re all familiar with projects that people found increasingly difficult to take seriously, simply because you heard about them over and over again but a release date was either never set or kept getting pushed back. Familiarity breeds contempt, I guess.

“People first heard about Alan Wake in E3, 2005, and we got really great attention from the fans and the media, but as the years passed, of course that became an obstacle we had to overcome. Even though we only announced any kind of a release date at last year’s E3, the fact that we’d already popped up years earlier did create an expectation.

“But to some extent,” he continues, “that worked to our advantage, because we got a certain degree of buzz by default — you know, ‘can it be good after all this time?’ That kind of thing gets people talking. Of course, that would have backfired horrible if the game was disappointment, but now that the reviews are out and they’re very positive, I think I can safely say that it worked out well for us. But admittedly, it’s not the easiest position to be in, and if we’d been constantly in the limelight, the expectations would probably have been overwhelming.”

Alan Wake is quite unique. It’s not often a game can have such a lengthy, muted development time and not completely suck. Hats off to Remedy then, and we’ll have more from Mikko Rautalahti later!