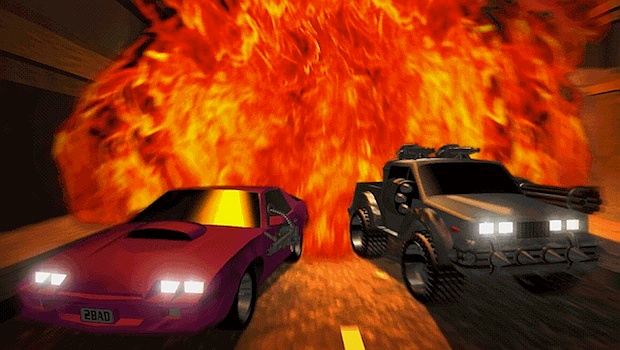 Friends don’t let friends drive cars with chainguns. Not because the idea isn’t metal — not, it’s totally metal — but because, generally speaking, videogames featuring weapon-equipped vehicles blow. We’re not sure if this rule applies to the 1996 DOS title Death Rally, but we’ll know soon enough. According to superannuation, Remedy Entertainment has filed a new trademark for the title, indicating that it could be seeing re-release in the future.

As pointed out by superannuation, the trademark makes it sound like the release method will be digital, as it states the trademark will be used for “computer game software, and any printed instructions or printed hint manuals sold therewith as a unit.”

Cars with chainguns attached to them are a great selling point, but you know what would be better? Chaingun-equipped cars driven by a horde of Alan Wake clones. Think about it Remedy.