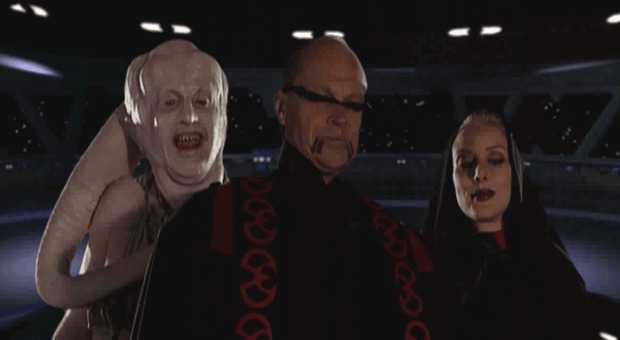 Return to the land of 56k lightsaber battles

Through Disney’s generous licensing agreement, GOG.com is helping bring Star Wars memories and more back with its second wave of LucasArts game releases. These three great games became available today and for the first 72 hours are an extra 20% off:

Although these prices aren’t the lowest these titles have been up for purchase at, GOG.com does have the advantage of DRM-free downloads and being a bro.

Some of my first online multiplayer experiences were with Jedi Knight: Dark Forces II. Connecting to the god-awful MSN Gaming Zone using a 56k modem and hoping that my mom wouldn’t pick up the phone was a hassle, but few games have captured the magic of those times. There were servers filled with people formed in circles as two players battled to the death in lightsaber duels. It was a window into what games would become, and for me an iconic moment in my gaming life.

Also, make sure not to miss the six other Star Wars games released on GOG.com last week!