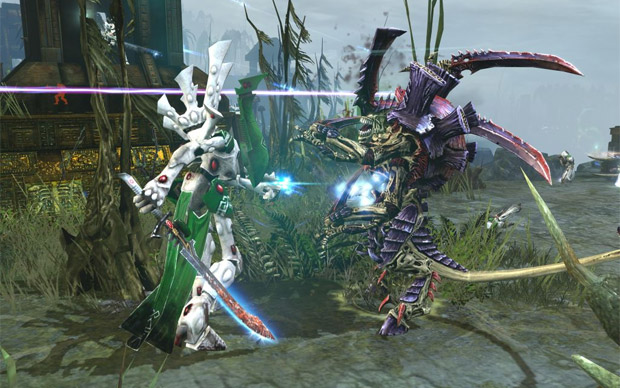 When THQ Core Games VP Danny Bilson isn’t gushing about the company’s latest in-the-works games, he’s dropping details on when Relic Entertainment’s next title will be announced. According to him, they’re shooting for an August reveal and the project is suitably in the real-time strategy genre.

With Company of Heroes Online being discontinued, it’d make sense for Relic to take a step back to the more traditional approach of releasing a full retail product. Or, maybe those guys are working away at a new IP up there in Vancouver.

Personally, I’m too distracted by the almost-here Dawn of War II: Retribution to give much thought on this yet. Can you blame me?