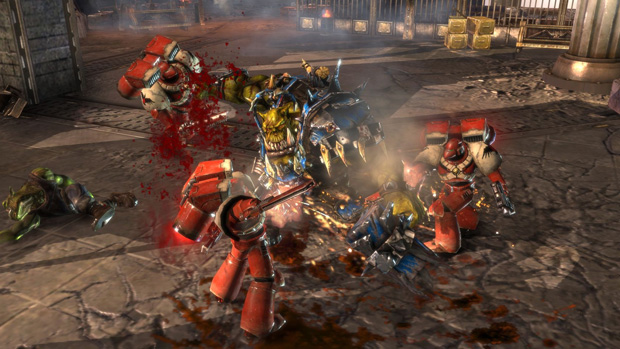 So long, GameSpy and Games for Windows Live

In these final days before GameSpy shuts down its support for a wide range of multiplayer games, here’s how Relic Entertainment is handling the situation for its Warhammer 40,000: Dawn of War series. The franchise is being updated to use Company of Heroes 2‘s multiplayer backend, meaning not only will it continue to function, it’ll come out of this mess “improved.”

The first Dawn of War and its expansions already underwent an update, on May 22, to keep multiplayer going post-GameSpy by switching to Steam. And while Relic is at it, it’ll be separating Dawn of War II and its Chaos Rising expansion from Games for Windows Live. “This migration is in progress and we’ll have more details soon,” says design lead Philippe Boulle.

“In the short term, there are likely to be some technical issues with the new setup,” continued Boulle. “Recreating the multiplayer infrastructure for seven titles is no small feat, and there will be bugs. Ultimately, we felt that it would be better to get the update out in a slightly imperfect state in time to prevent an outright interruption in multiplayer play. So, bugs.”

Dawn of War Letter from the Designer [Steam]