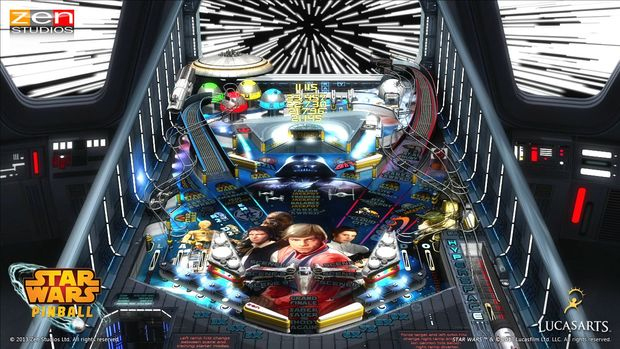 Combining Star Wars and pinball is a surefire way to get people interested. I haven’t been too interested in Zen’s pinball games until now, that’s for sure. Star Wars Pinball seems to nail the feel of the source material without compromising classic, satisfying pinball mechanics.

Star Wars Pinball will officially release next week: February 26 for Americans on PlayStation Network and February 27 for Xbox Live Arcade, European PSN, Mac/Apple App Store, and Google Play. Pricing for the home consoles is $10, while it is $1.99 per table for Google Play and the Apple App Store (Mac App Store is $2.99 a table).

There’s no word on the Wii U version of Star Wars Pinball yet, but hopefully that comes soon. If I’m going to play Pinball, I would love to do so on the GamePad alone.

It’s also worth nothing that Star Wars Pinball will be released as a standalone app on the Apple App Store and Google Play.