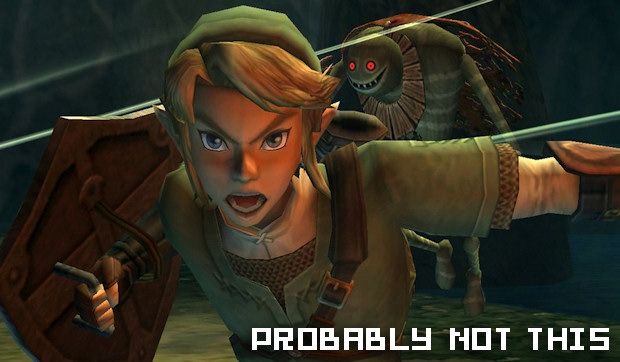 Despite the NPD fallout and the current slowdown of Wii sales, stroganoff sensation and Nintendo of America boss Reggie Fils-Aime believes the situation will improve, claiming that some big upcoming releases will keep Nintendo on top.

According to the ravioli rogue, “a number of important new titles” for the Wii and DS loom on the horizon, allowing his company to remain “confident that we’ll continue to see very strong hardware sales behind those launch titles.” Looks like he’ll have a few whoppers for us in the near future. Double whoppers. With cheese.

Yesterday, it was rumored that a big Nintendo release would be out in time for Christmas, prompting rudderless speculation as to what it might be. While some believe that it could be some amazing “core” title that will reignite hope and love in the jaded old-school Nintendo masses, I can’t shake the feeling that we’re about to bear witness to the announcement of Wii Fit 2: Wii Fitter.