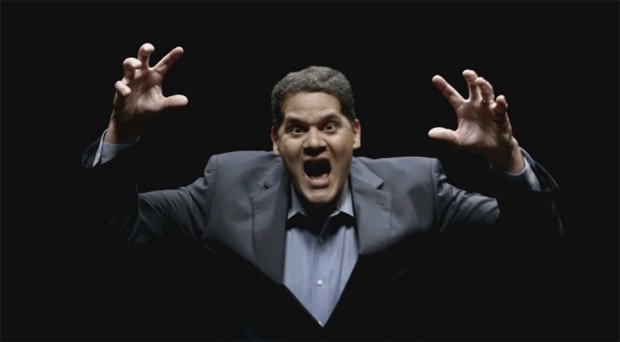 Nintendo of America president is taking names for next year

“I gotta be honest,” confessed Reggie Fils-Aime, president of Nintendo of America, on stage following the completion of the Super Smash Bros. Invitational tournament. “I play all of the Nintendo games; [but] I suck at Smash.”

“But my opportunity is coming with Smash on 3DS,” the executive continued. “Cause now I’m going to play it on the go. I’m gonna be able to come back up next time and kick your ass,” he said in reference to the runner-up, who had just challenged Fils-Aime to a one-on-one duel.

The crowd then cheered and the two men embraced with a hug. Love you, Reggie.