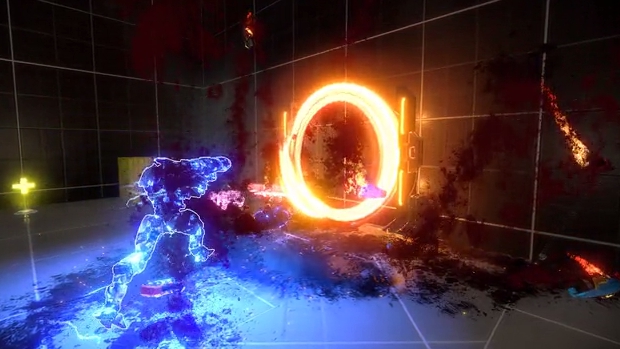 The name says it all

Watching the cycles that the game industry goes through over the years is interesting. We have previously seen adventure games and horror games peak in popularity, wane, and then come back through the indie scene. It seems like twitch first-person shooters might be doing the same. First, we saw the silly-named Toxikk, and now we have Reflex in the works.

Turbo Pixel’s Reflex (not to be confused with SITER SKAIN’s RefleX) looks like it incorporates a momentum-based movement system almost akin to Tribes: Ascend, but limits the play to small arenas. The video above shows off gameplay in fairly sterile arenas, along with concept art for how the game might look in the end. So far, it looks fun; the studio just needs to make it prettier.

For that, the team has turned to Kickstarter, and is seeking a substantial $360,000 AUD. That may be a tall order for a relatively unknown studio, but it has already managed to raise almost $30,000 AUD in just a few days. Reflex is hoping to make it through Steam’s Greenlight process and release in late 2016.