My precious shinies… I neeEEEeed them…

There are few words that tickle our nostalgia bones like “collectathon” does. Exploring 3D locales and collecting MacGuffins by the truckload are simple gratifications that reward our curiosity and love of increasing numbers. Many of the biggest hits from early 3D gaming like Super Mario 64 and Banjo-Kazooie built upon those foundations, making “collectathon” a word that instantly brings to mind jagged and colorful polygons. That genre has also rarely been seen since the advent of HD consoles… until last year!

2017 saw the releases of Yooka-Laylee, A Hat in Time, and Super Mario Odyssey, all collectathons greeted with enthusiasm and hype. Last year meant many things to games, but to platforming enthusiasts, it meant the resurgence of a long-dormant subgenre. Because I’m too stubborn to let this new age of collectathons fade out of my grasp, I’m going to recap how these games were received and how they impacted the recent history of collectathons. Afterwards, we’ll take a look at the forecast for this genre’s near future and why it’s heading in that direction. 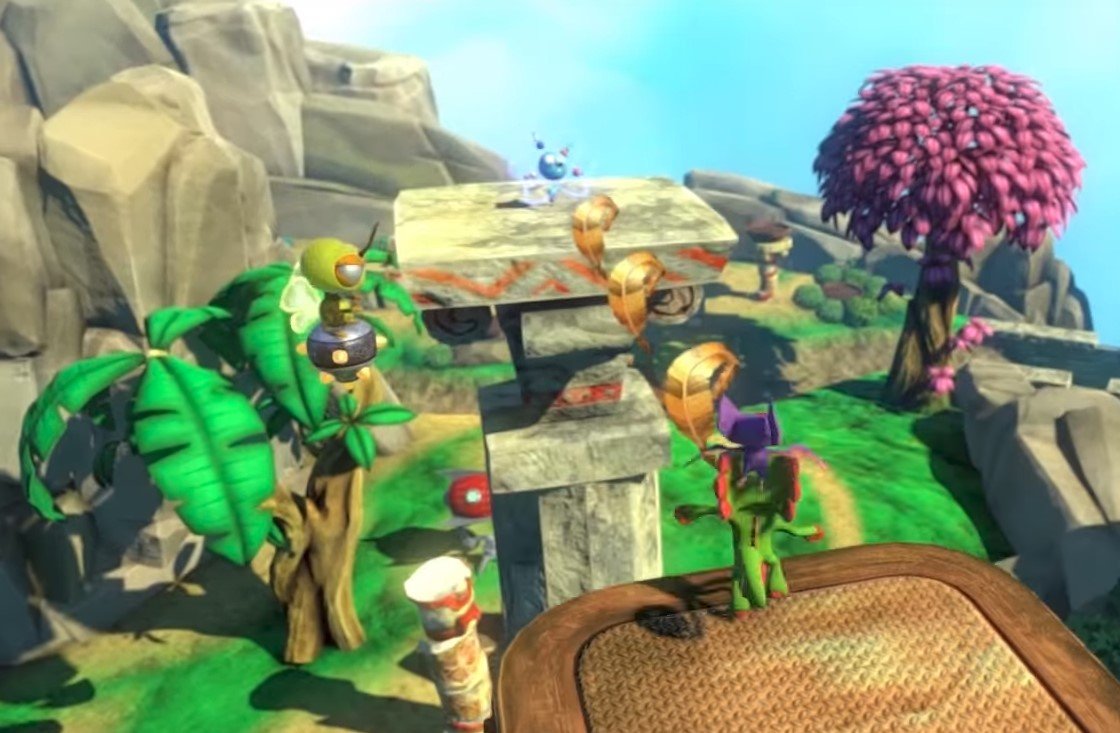 Yooka-Laylee burst onto the scene in relatively little time, Kickstarting itself in 2015 and releasing in April 2017. Thanks to the team’s weighty acclaim as former Rareware developers, the project found immense success from £2,000,000 in pledges. That alone demonstrates the immense demand for the collectathon to return in full force!

Yet the final product was met with very mixed results, from high praises to regretful disappointments to ‘eh, this game is okay’s. That’s largely due to technical issues that have since been ironed out, but it also borrows the genre’s traditional issues of overwhelming environments and minigame bloat. It also excels with its unlockable move progression and simple but pleasing sense of humor (among other strengths), much like Rareware’s iconic Banjo-Kazooie games before. And that is simultaneously Yooka’s biggest strength and flaw, which may explain the extremely mixed reception.

Yooka-Laylee leans so heavily on Banjo’s style that there’s little room for its own originality to shine through. To some, it feels less like a brand new IP and more like Banjo-Threeie. That’s okay, given that’s what it pushed itself as in promotional material and what the people Kickstarting it wanted. That’s also not to imply it’s lacking in original ideas, but I can’t cite specifics since I’ve yet to play it and I only have the Banjo-nostalgia-heavy trailers to go off of. It all feels so familiar that those who hoped for a more innovative game after over a decade might be left wanting a fresher take on the collectathon.

Enter A Hat in Time, Kickstarted in 2013 and released in October 2017. Its team had nowhere near as much experience, and the project began with fewer than 10 people. Their Kickstarter was extremely successful, making almost 10 times as much as their goal, but they still only raised about $300,000. And yet, A Hat in Time has won more positive reviews than Yooka-Laylee, and (according to SteamSpy, at least last I checked) more people are currently playing A Hat in Time than Yooka. That’s no easy feat for such a young team!

A Hat in Time wears its GameCube-era inspirations proudly and transparently, but it doesn’t rely on them. This game originated as a small volunteer project that wasn’t even focused on platforming at first, and while that shows in a lack of technical polish here and there, it also shows in its creativity. The writing constantly threw me off guard, playing by its own rules that I never fully understood before its punchlines hit me. The levels are open and large but rarely feel empty, and for all of the wacky act-specific gimmicks, the game rarely strayed from the main platforming playstyle. I felt that these decisions addressed modern criticisms against older collectathons, resulting in a fresher iteration of the collectathon formula.

All of the gameplay staples are in place, but they have little twists that make them not-quite-parallel to the games that came before it. Hat Kid is very mobile and has a handful of options to control her momentum in the air, giving platforming challenges an extremely acrobatic flow. Every chapter progresses differently, taking unexpected turns in structure and how you explore them. The Yarn-based upgrade system, the Relic-based puzzle system, and the Rift Token-based cosmetic system all implement collectibles in different rewarding ways. A Hat in Time breathed new life into the collectathon, demonstrating its ability to stand on its own feet without leaning too heavily on nostalgia. 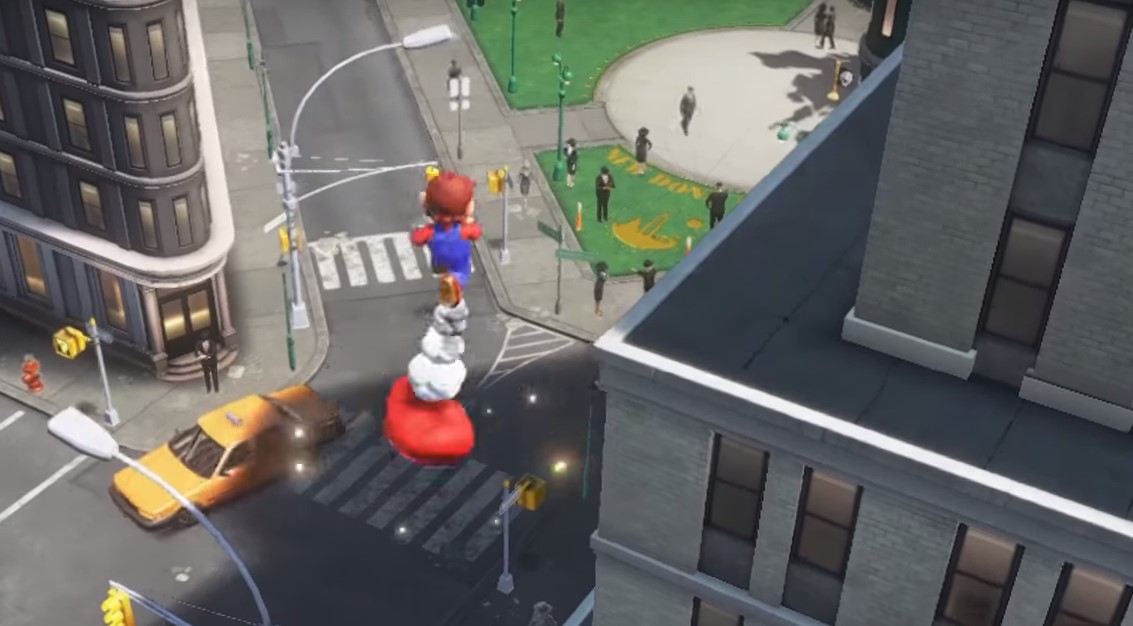 That brings us to Super Mario Odyssey’s release later that same month, which… you know, sold millions of copies in days. That’s mostly because it’s a game with Mario’s face on it for a console selling like hotcakes, but this game is acclaimed as more than just another Mario game. It revisits his 64-era 3D platforming roots, but iterates upon them with newer design philosophies and outstandingly creative new abilities. The extreme abundance of Power Moons constantly rewards going to new places and trying new things with Cappy. Odyssey steers more towards the principles of collectathons than every Mario game before it.

Nintendo even stretched the collectathon nature to its logical extreme by adding a new mode to let players make their own collectables for others to find. Super Mario Odyssey not only proclaims its expertise of the genre, it explores the genre’s applications further with unusual mechanics like Capturing. It feels every bit as familiar as a Mario game should be, but it’s bold enough to try new things that raise it above the series’s typical standards. 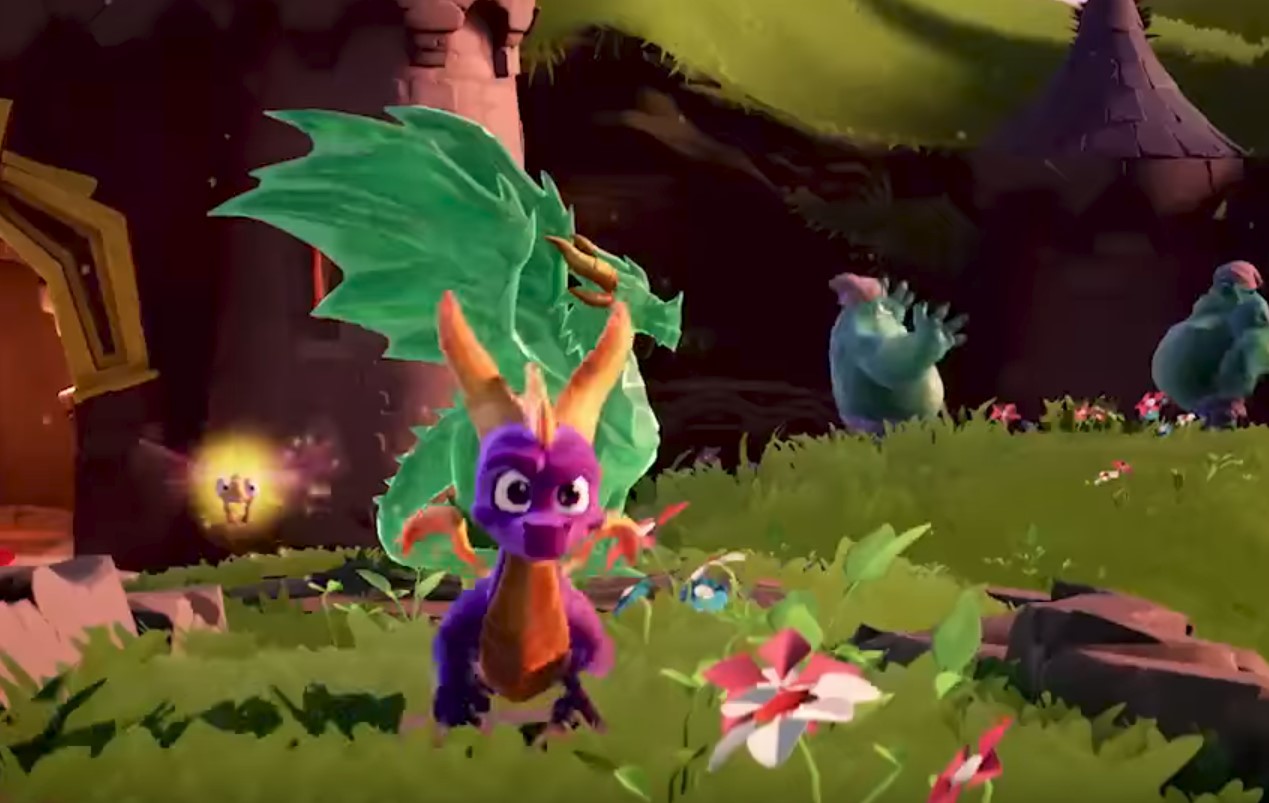 Last year, I was excited to see how these games would impact the larger industry. I was waiting for a flood of collectathons to burst back onto the scene. Except… that still hasn’t happened. These games were so popular and sold so well, but Odyssey released half a year ago. Since then, the only major collectathon announcement we’ve seen is the Spyro Reignited Trilogy, which is a remake hot off the heels of the Crash N. Sane Trilogy’s success. It’s a wonderful announcement for collectathon fans all the same, but not one meant for them as much as the PS1 mascot fans.

Perhaps the collectathon isn’t the kind of trend the gaming industry wants to follow. Many larger studios are pushing for more multiplayer-centric games because they’re more open to continual profit. Smaller indie studios frequently stick to simpler 2D game design due to lower costs and risks. The incredible demand for more collectathons doesn’t guarantee that it aligns within the interests of developers.

Even so, 3D platformers of all sorts are regaining momentum, and there are devs who keep these games within their own special interests. Super Lucky’s Tale came out late last year as a scarcely noticed yet solid collectathon/3D platformer/whatchamacallit. The collectathon isn’t going to make waves like MOBAs years ago or battle royales today, but I’m clinging onto hope that it will hold onto renewed life as a niche in online storefronts. If nothing else, Yooka and A Hat in Time are scheduled to get more levels as DLC, while Odyssey continues to receive various updates. These games will keep growing for at least a while longer, and as long as they do, there will be ample opportunity for fans to get a new fix.

At least, that’s what I believe, but I may be stubborn thanks to nostalgia bias. If you have no such childhood connection to collectathons, I’m curious to see what you expect out of their potential future! And if you have one after all, I’d like to see your expectations anyway!