The future is here, people

People with woefully poor short-term memories who take fifteen years to type in a code (read: me), rejoice – you can now redeem PSN codes directly through the PlayStation App. 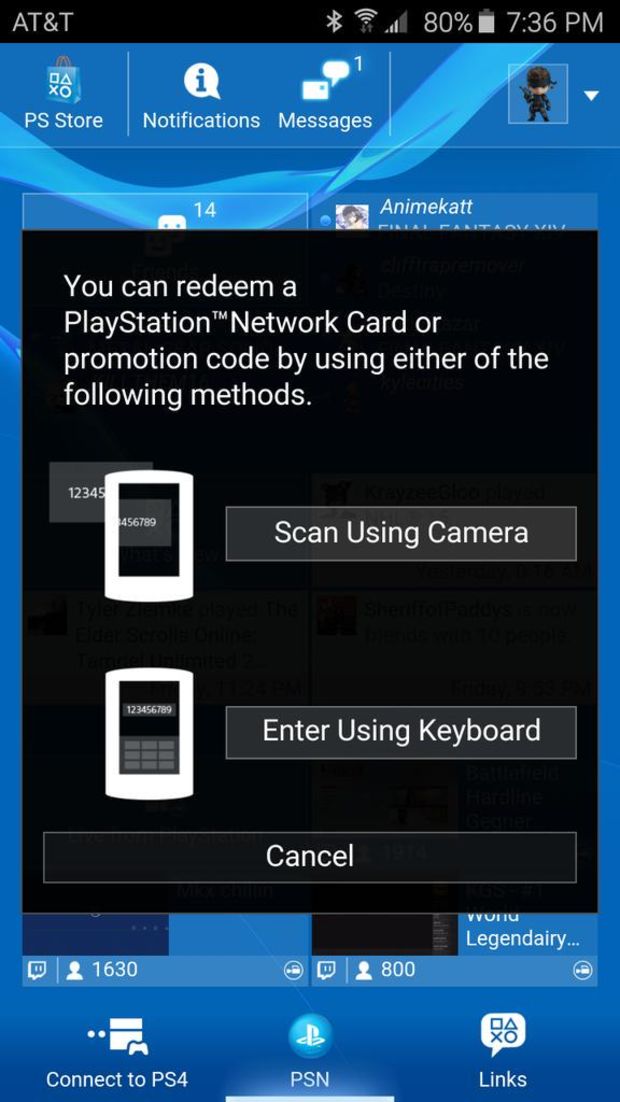 The best bit? You can even redeem via a photograph of a code on your smartphone. (Well: in theory. The functionality isn’t there for me as yet so I’m unable to test it, but many GeoNAFers are talking positively about the feature.)

Other tweaks to the app include the ability to open the PS Store on the Android version, and comments received while streaming from your PS4 will display on your App, too.

What would you like to see in the next PlayStation App update?