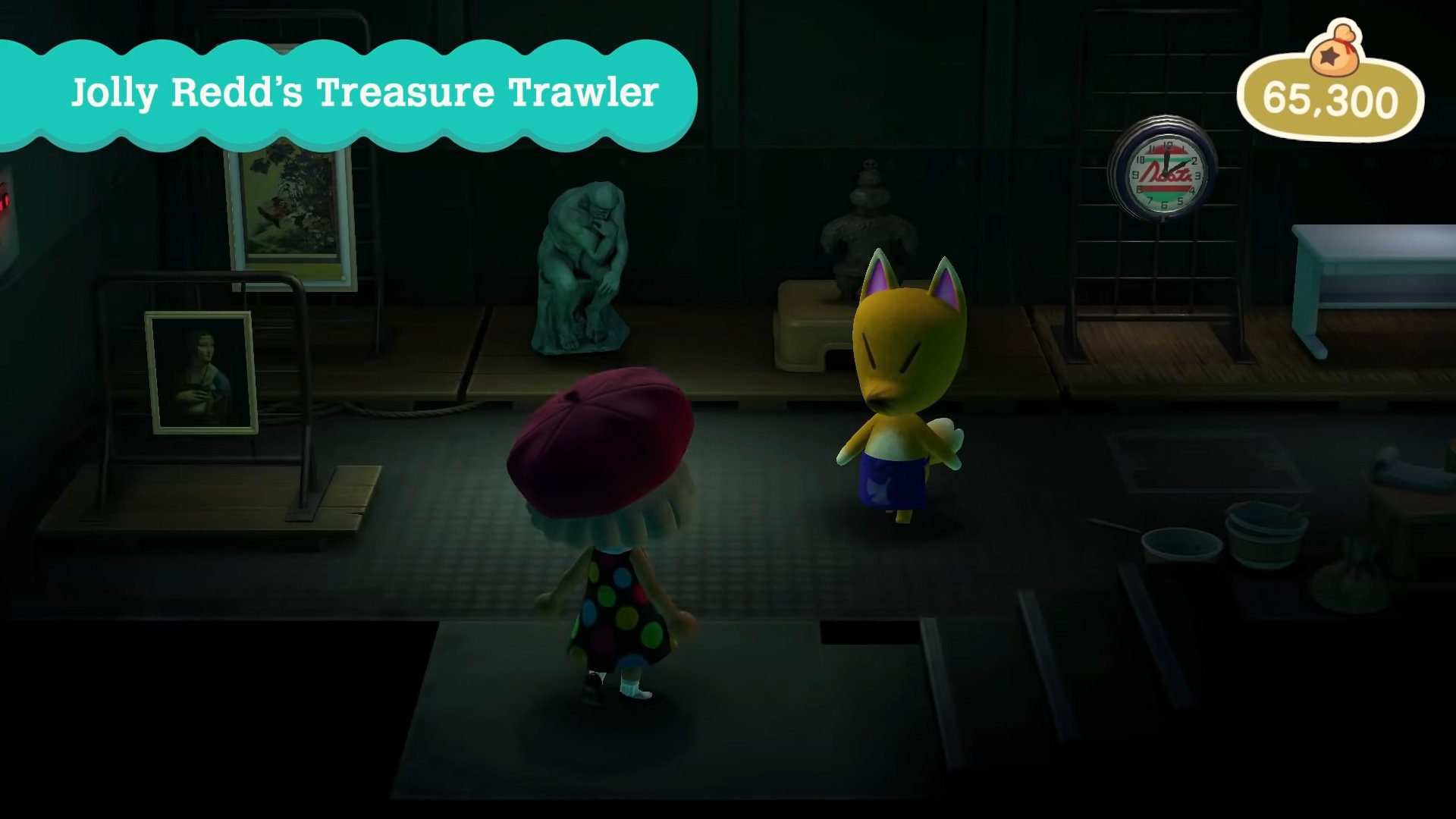 New findings about the art forgery odds from dataminer Ninji

If you’ve had it in your head that at least one item in Redd’s lineup would be genuine, well, think again. Change of plans. In New Horizons, there’s reportedly a 10 percent chance that they can all be fakes.

I’m not the most well-read Animal Crossing fan, I admit, but this revelation caught me off-guard.

The last time Redd stopped by Otala – his third visit ever – I struggled to cope with what I was seeing in-game versus what I was seeing in side-by-side comparisons. Everything seemed fake, but I misguidedly convinced myself that one of them, “Serene Painting,” had to be legit. It sure wasn’t!

On the bright side, as someone who shares an island, it’s nice knowing we’ll be able to donate two real pieces if luck graciously falls in our favor. The museum’s art wing is looking sparse, so that’s reassuring.

Another good-to-know finding from Ninji: Redd’s furniture selection includes “items that have multiple color variants” and the game “will pick a random variant that’s not native to your island.” When the sneaky fox docks his ship on the northern shore, you can expect to find a 1×1 furniture item and either a 1×1, 2×1, or 2×2 item. For more data-gleaned observations, check out the full Twitter thread.

Behind-the-scenes Animal Crossing knowledge is a blessing and a curse.