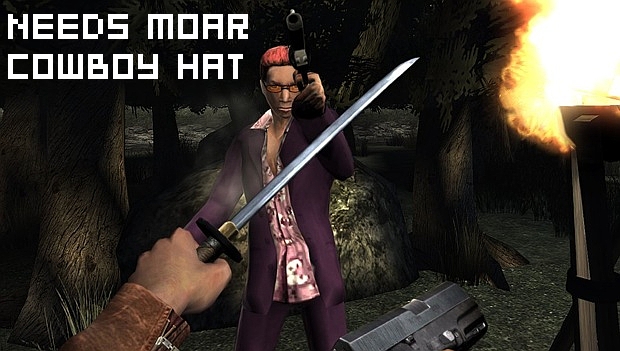 The June issue of Nintendo Power has some hot details on Ubisoft’s Wii-exclusive first-person shooter, Red Steel 2. About a week ago, images from the magazine were leaked and we were able to gather that the game would have an East meets Wild West vibe. By now, most copies of the magazine are next to toilets. So, what’s the word on Red Steel 2?

Apparently, there isn’t much substance about the game in the magazine. However, Kotaku did manage to extract some details. The big news is the mention that Red Steel 2 won’t have a multiplayer component. Ubisoft’s reasoning is that they don’t want to take away from the single player experience by tacking it on. Yeehaw!

It’s a good move. Shallow single player is never a good thing, especially if it’s shallow because of a push to make multiplayer available on the Wii.