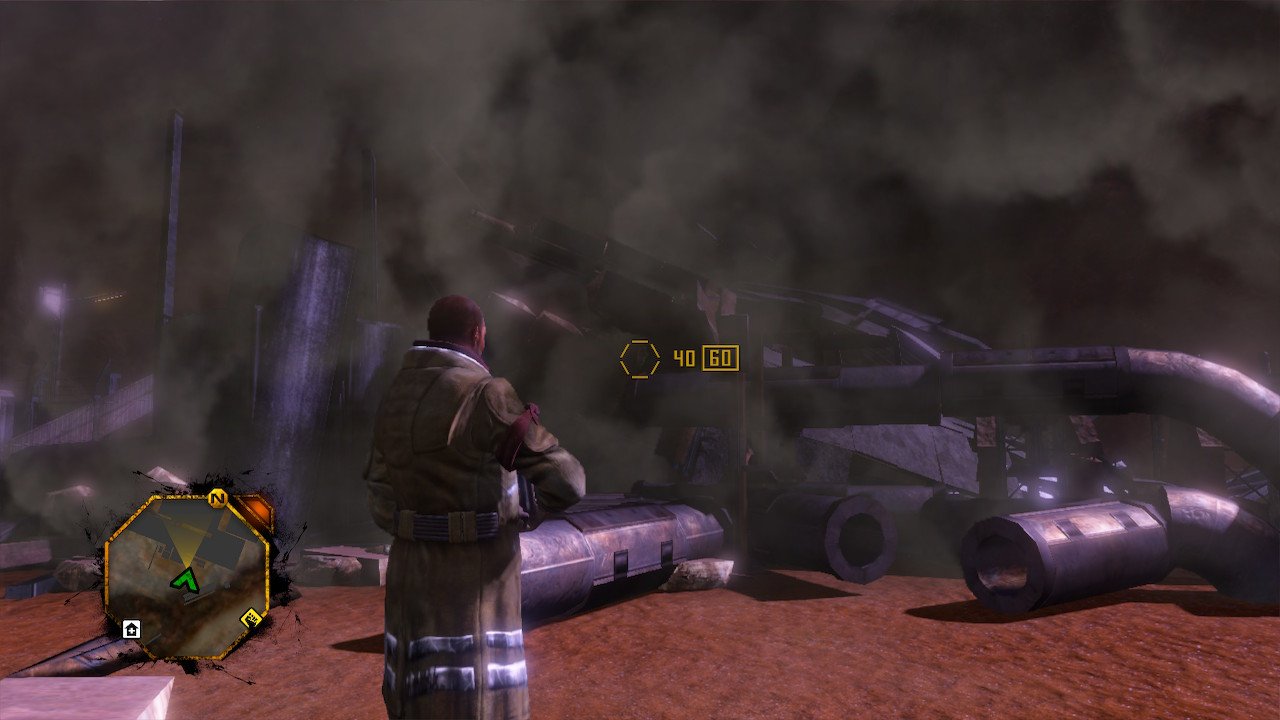 There aren’t a tremendous amount of open-world experiences on Switch. While Breath of the Wild came right out of the gate with a massive map for players to explore, it seems developers have been a little hesitant with porting over gigantic worlds to Nintendo’s hybrid console. A lot of that probably has to do with how relatively meager the power of the device is, but there’s also the issue of performance to consider. Switch is a mobile device, after all, and the hardware doesn’t lend itself well to rendering huge maps.

Despite that, most open-world games on Switch are decent enough. THQ Nordic’s Saints Row: The Third, though, is far from acceptable. Performing worse than its last-generation counterparts, this was a title that made you question how it got past the QA phase. Players were expected to be happy that the game was even on Switch despite running with framerates in the teens.

So while the initial announcement of it and Red Faction: Guerrilla coming to the Switch was a joyous one, it became a scary prospect after Saints Row’s failure. Having now played this Switch port for roughly six hours, I can at least say that Guerrilla is much better than Saints Row. This clearly isn’t the ideal way to play Volition’s open-world destructathon, but it’s also acceptable enough to tide you over until some performance patches arrive. 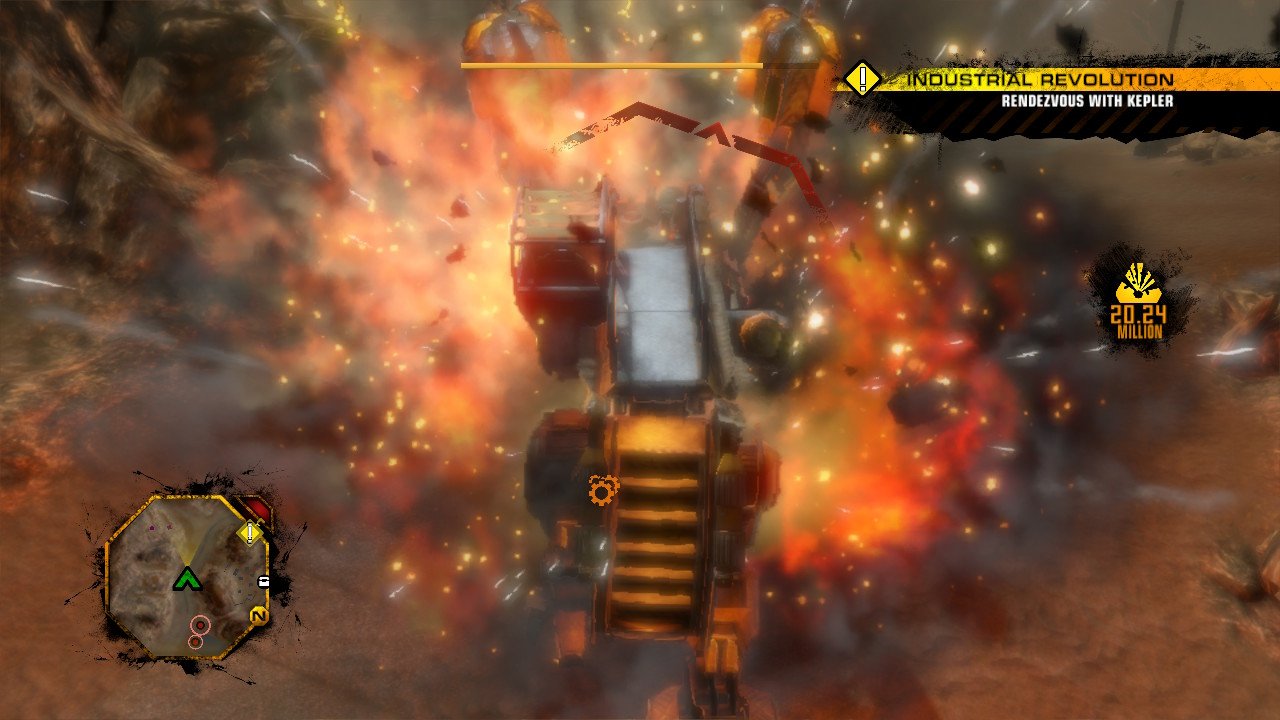 For starters, if you plan on downloading Red Faction: Guerrilla Re-Mars-stered from the eShop, expect to have around 13.8 GB free on your console or SD Card. I’ve seen games come in at smaller file sizes, but that’s comparable to Breath of the Wild in terms of how much free space you’ll need. I’d imagine the physical version will require a download, even though it wouldn’t need one with a 16 GB card.

As for how the game looks and runs, the biggest issue isn’t with anything you can see. The audio is actually the worst component to Guerrilla. In-game it’s a little muffled and low, but cutscenes sound overly compressed and blast out at a much louder volume than gameplay. On the Switch’s speakers, the audio is fine, but playing docked it’ll sound like your ears are clogged and someone is screaming at you. I don’t think the cutscenes are really worth your time (the plotline of this game is pretty vague on details), but they don’t look or sound very good.

Once you’re in control, things are better. In quieter moments, Guerrilla maintains a decently solid 30 FPS cap. There are actually two options present in the Display menu, allowing you to select “Quality” or “Performance” preferences, but the game doesn’t really benefit much from either of them. I believe the anti-aliasing is sharper in quality mode and the framerate goes uncapped in performance, which can make shooting feel erratic and funky. It’s nice to have the choice, but neither one is ideal.

In fact, I think when playing docked that you should stick to performance since the quality option will try its best to render out at 1080p. I can’t tell if there is a dynamic resolution scaler going on or if the game is even pushing out a full HD image, but the performance loss is really not worth it. The visual make-up of the game is decidedly last generation, so even sticking with quality you’re getting an image that could pass as a PS3 title. This doesn’t feature any of the texture or geometry improvements that last years remaster on PS4, Xbox One, and PC exhibit, though it does have changes to the lighting model.

In portable mode, I feel like quality is the better choice. While having a slightly higher framerate sounds like it would be a better deal, the fact that the resolution is cut down to 720p or lower means the game is already performing better anyway. When you then select the performance option, the framerate fluctuates more regularly and getting something approaching 50 FPS then dropping to 30 feels awful. Quality doesn’t completely solve that (it still likes to slow down a bit), but the differential is smaller and it makes everything feel better.

As for how the game controls, you’re given a decent amount of options to play with. Gyroscope aiming is in for people that like it and even I have to admit it helps a ton. The Switch’s joy-con are not good for making precise shots and while Red Faction: Guerrilla doesn’t necessarily depend on accuracy, it sucks when you’re trying to shoot down an enemy jet and you can’t get the joystick’s dead-zones to cooperate. You can’t rebind the rest of the keys, but the default scheme is acceptable and matches the other versions. 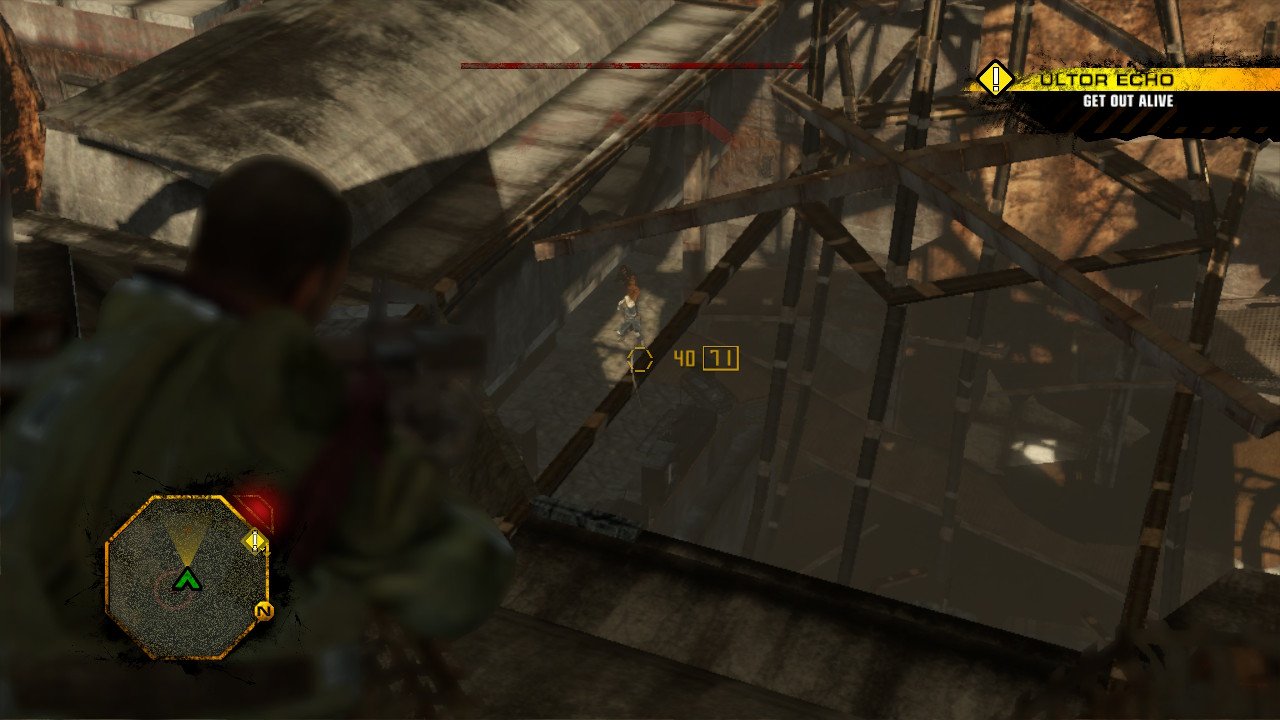 In terms of content, everything from the other ports is here. There’s the full multiplayer suite — complete with a local, multi-Switch option –, the “Wrecking Crew” bonus mode, and even the DLC campaign. Since the maps are cut down in multiplayer, the game typically performs much better than it does in the campaign. When selecting the performance option, you can sometimes even get 60 FPS playback, though that is a rarity. Even if this version can’t stick to higher framerates, multiplayer comes off better since it is a lot more stable.

I’d be more enthusiastic about this port if the campaign ran better. It is fine that everything starts off kind of slow and the framerate is pretty good, but the later missions get so bombastic that the game just doesn’t hold up. I don’t have exact measurements, but I’ve seen what can sometimes be a slideshow when multiple explosions are going off and cramming the screen with different effects. Controls begin to feel unresponsive and trying to survive becomes a crapshoot. It isn’t the worst thing in the world, but a lot could be done to improve this.

Still, this is much better than Saints Row on the platform and isn’t even too far removed from the PS3 or 360 versions. In fact, Re-Mars-tered is more stable in its initial Switch port than last year’s PS4 and Xbox One versions, crashing only once during my time with it. That’s dramatically better than the six or seven I had on PS4. Again, it’s not ideal and could always be improved, but you aren’t getting a dud here. You’ll just need to temper your expectations if you thought this would be the definitive version of the game because that is not the case at all.

[This impressions piece is based on a retail build provided by the publisher.]