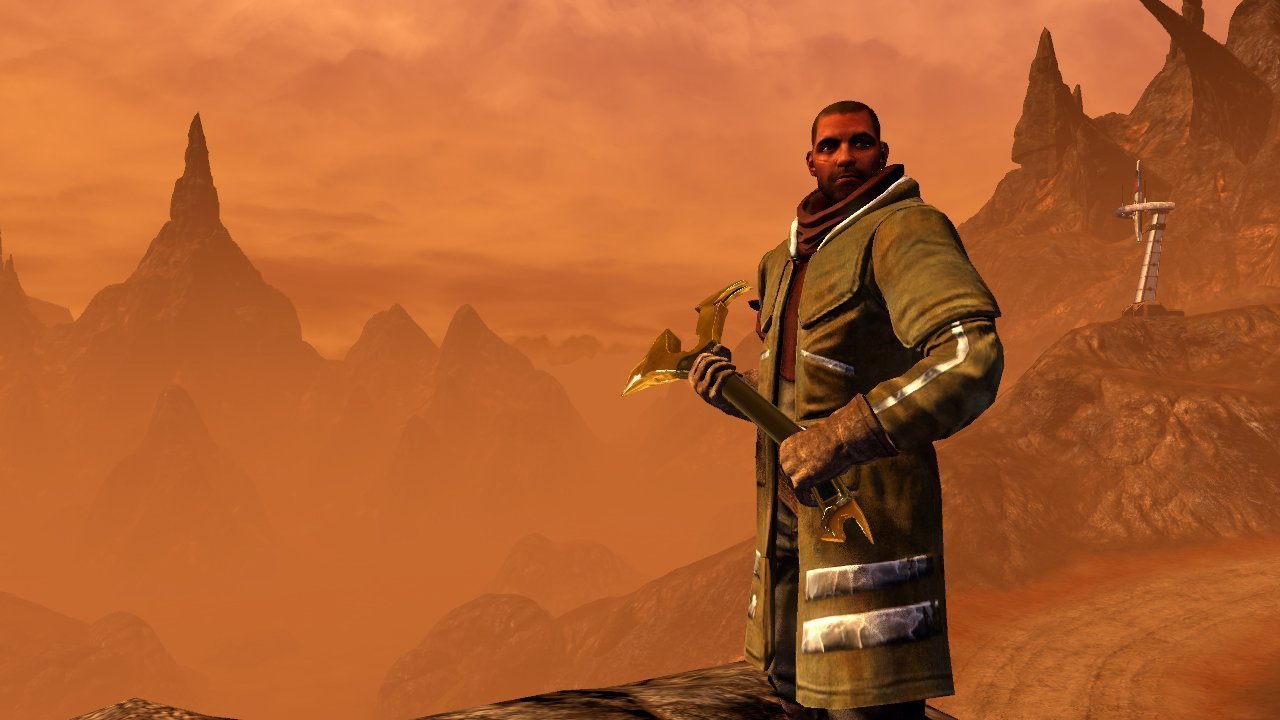 But it’s okay. Most people are wrong about this.

Despite the fact that games like Assassin’s Creed or Grand Theft Auto bill themselves as sandbox experiences, the actual open-world activities — the stuff that’s supposed to justify the need to schlep across dozens of city blocks to get anywhere that matters — are usually half-hearted, obligatory affairs. Collect these feathers (for no reason). Rob a convenience store (for no benefit).

There are The Quests — linear missions that actually had effort put into them, the stuff that you are actually there for — and The Open World itself. Tooling around Los Santos won’t change damn near anything about your experience in the Grand Theft Auto V‘s story missions, and, apart from a few unnecessary weapon upgrades, farting around in a historical animus recreation has nothing to do with your plot-mandated assassination missions.

There are very, very few open-world games that actually wring meaningful gameplay out of their sandbox environments. But of those that do, Red Faction: Guerrilla is the absolute best.

But why would you blow up that building on the side of the road? Well, apart from the fact that doing so will get you valuable scrap (your main currency), you need to destroy a certain number of Evil Government buildings to reduce their Evil Governmental Control over a location. Only once you’ve sufficiently lowered the Evil Government’s control can you access the story missions.

More than that, the Evil Government buildings are really goddamn fun to blow up. These locations can be destroyed however you want, and all represent their own unique, interesting gameplay scenarios. Can you blow up this building crawling with troops before they blast you to shreds? Can you detonate these gas towers without getting caught in the explosion?

Compare this to something like Grand Theft Auto V. You’re walking around on the beach, and you see a convenience store. As Grand Theft Auto is presumably an experience about being a criminal, you’re impelled to think “Oh, I should probably go in and rob that place.”

So you do. And it’s pretty dull. You get, like, twenty dollars for your troubles. And then the cops show up. They chase after you. And then you escape, which is almost fun. Then when you go to buy a gun with the stolen cash, you realize twenty bucks doesn’t get you much. So you go onto a story mission where they give you all the guns you need anyway. And, at the end, you get way more money than you’d ever get doing the open-world bullshit. That allows you to buy a gun that’s a bit nicer, but doesn’t really change anything about how you play. So you just decide to do the story missions and only fart around with open-world stuff once you get bored (because, obviously, you can’t actually explore the open world during a mission or you’ll insta-fail). Your actual interaction with the open world is now limited exclusively to whatever happens as you drive from one quest marker to another. Which isn’t much.

Meanwhile, in Red Faction: Guerrilla, you’re running around, trying to destroy an enemy bunker with nothing but your sledgehammer because you’re out of remote mines that you haven’t been able to afford more of because you blew all of your scrap on a thermobaric rocket launcher, but WAIT, there’s an ammo chest over there, so you sprint toward it as an enemy takes cover behind it and unleashes a salvo of machine gun fire. When you reach the chest, you whack the fucker in the head so hard he goes flying, and you grab the rocket launcher ammo. Since the bunker’s northwest corner looks damaged, you decide to weaken its southeast corner, so you let the rocket fly, but it blows up a couple of explosive barrels you didn’t realize were there, and the chain reaction takes out the entire bunker and you with it. So, you’re dead. But at least you took down the bunker and can now complete the next story mission.

And you’re really looking forward to this story mission, see, because it’ll either be a cute one-off action sequence (drive this car really fast while mortar fire rains down on you!), or it’ll be something so nonlinear that you have the option to approach the situation however the hell you want.

That’s the other thing about most open-world games: they’re not really that nonlinear  when it comes to how you go about completing their main story missions. The latter-day GTA games have gotten more and more strict about what you can or can’t do before you insta-fail. Meanwhile Assassin’s Creed never really gives you the tools to perform anything more than a handful of predetermined death blows.

Because of Red Faction: Guerrilla’s incredible destruction tech, however, you have a myriad of different ways to deal with most of the missions — my personal favorite of which tasks you with assassinating a group of Evil Government Jerkwads who are meeting on the fifth floor of a skyscraper. Now, sure, you could storm up the stairs and machine gun the bastards to death, but that’s not the most effective — nor the most fun — strategy.

Maybe you’ll sneak in and use your nano rifle to vaporize each successive floor, so the bad guys fall to their deaths while still inside the building. Maybe you’ll climb onto a nearby crane, nano-vaporize the westmost face of the building, and fire a thermo rocket into the hole so that it obliterates everything inside the meeting room. Maybe you’ll toss a bunch of remote mines onto your truck, then drive it into the first floor of the building and hit the detonate button, bringing the entire goddamn building down. Or, since you know the bad guys will flee to their vehicles the moment you attack, maybe you plant the remote mines on their vehicles, take a couple of pistol shots at them to get them good and scared, wait for them to enter their getaway vehicles, and then detonate the remote mines.

Meanwhile, in GTA V, you’ll fail a mission for merely driving too far away from your mission objective.

There are a lot of good open-world games. Metal Gear Solid V, many of the Far Cry games, and Shadow of Mordor all come to mind. But even these games have been unable to reach the heights of Volition’s underrated, admittedly ugly Red Faction: Guerrilla. It’s an open-world game that actually uses its open world, and allows for all manner of personal expression when it comes to how you blow up your targets.

Also, it’s a really intense metaphor for the war on terror. So, there’s that.