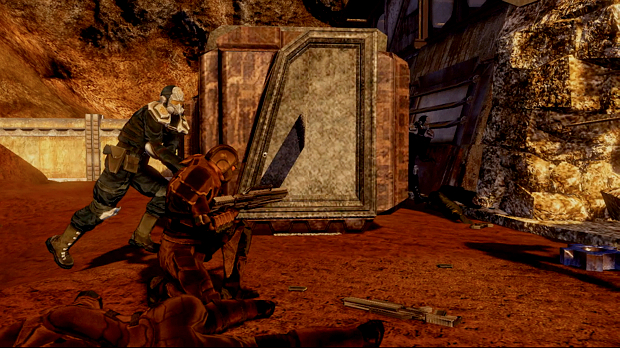 You can view the diary after the break. The game’s writer, Drew Holmes, narrates it. Apparently, the Guerilla takes place fifty years after the original Red Faction. The evil corporate faction, the EDF, has completely taken control of Mars and divided it into six different, equally evil sectors. The EDF’s thugs are abusing immigrants from Earth and stripping them of their rights. As the protagonist, it’s your job to eliminate EDF control and free the people from their grip. Preferably, with an Ostrich Hammer. Boom.