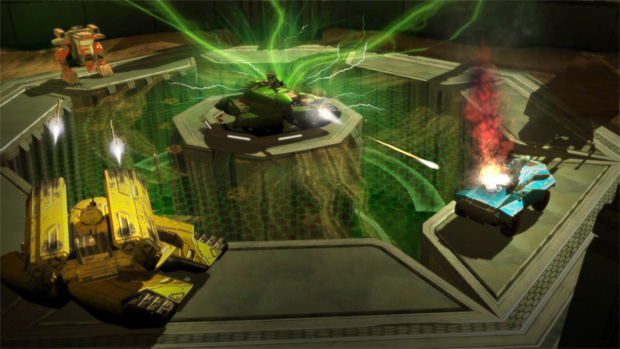 THQ’s downloadable shooter, Red Faction: Battlegrounds is slated for an April 5 release. This according to a PlayStation Network news letter that has been hitting inboxes this week.

The Juice Games-developed top-down twin-stick shooter will run you $10 if you’re just a normal. But if you’re a super-special PlayStation Plus subscriber, I have good news: it’ll be free! THQ will get you on the backend, though — its already planning downloadable content for the downoadable title.

Battlegrounds is also slated to hit Xbox Live Arcade, but there’s no word yet on when we can expect that.