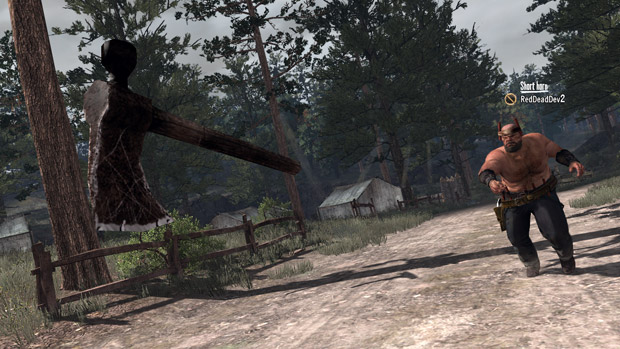 Kicking off a wave of additional content for Red Dead Redemption is the “Legends and Killers” pack, which actually won’t be released until next month. But we have screenshots of it! If you stare at the header image long enough it’ll look like the tomahawk is literally flying out at you in eye-popping 3D.

This add-on includes the following: the aforementioned tomahawk, eight multiplayer characters, nine multiplayer maps, and Achievements/Trophies. So no, this isn’t the one with zombies in it. It does, however, cost $9.99, which feels too high to me as someone who’s not into the competitive multiplayer.

If you are, though, look for this to go up on PlayStation Network and Xbox LIVE Marketplace in August.