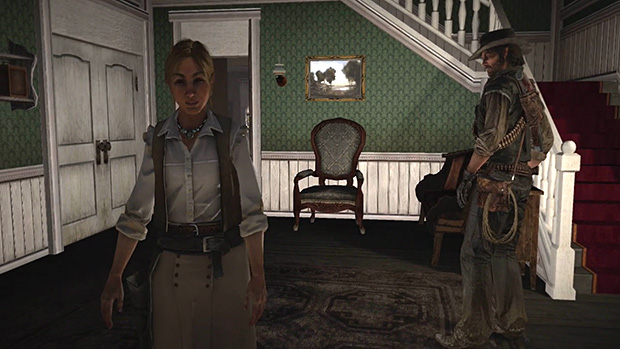 Red Dead Redemption will be out in two months, and I still feel like we don’t know much about it — aside from what Rockstar has been drip-feeding us in these short trailers. The latest one is devoted entirely to the many women that you, as John Marston, will encounter throughout the game.

I find it rather surprising — and refreshing — that not only does Red Dead Redemption feature numerous women, but that almost all of them appear to be rather strong-willed characters. I suppose a lady had to have her wits about her if she were to survive on her own in the lawless Old West.

We’ll find out just how tough the women of Red Dead Redemption are when the game launches for PS3 and 360 on April 27, 2010.